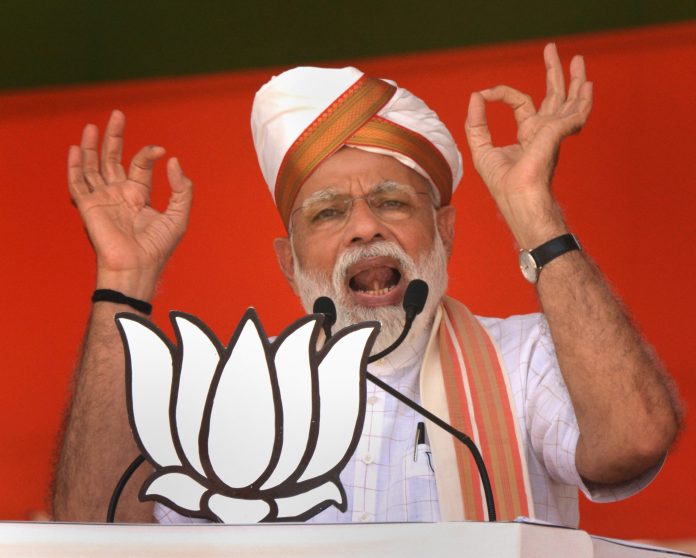 Going by the exit poll predictions, there is a massive Modi wave across the country. However, the two Telugu states of Telangana and Andhra Pradesh appear to have stopped the Modi juggernaut in its tracks.

Also read: Exit polls: Why Congress getting wiped out is not a big surprise

Pollsters have predicted that the YSR Congress Party, headed by Y S Jagan Mohan Reddy, is set to sweep Andhra Pradesh where simultaneous elections were held on April 11 to the 175-member Assembly and 25 Lok Sabha seats. The YSRCP is tipped to capture power in the state and also outperform the Telugu Desam party (TDP) in the LS polls.

In Telangana, the Telangana Rashtra Samithi (TRS) is set to continue its winning streak and bag 12 to 16 Lok Sabha seats out of 17 in the state. The TRS had secured a second term in office by pulling off a landslide victory in the December 2018 Assembly elections.

As per the projections made by a plethora of agencies, the national parties—BJP and Congress—have become irrelevant in the two Telugu states. While Congress is likely to draw a blank in the two states, the BJP is expected to win the lone Lok Sabha seat—Secunderabad—in Telangana, the exit polls say.

As a consequence of a fierce contest among the formidable regional players TRS, TDP and YSRCP, the national parties have been squeezed out. They have been reduced to fringe players in states where regional aspirations have taken strong roots.

The regional parties—TRS in Telangana and YSRCP in AP–have established their supremacy because of their connect with the people.

In sharp contrast to the northern states where muscular nationalism, security and Hindutva were the dominant campaign themes, the electioneering in the two Telugu States was largely focused on regional pride and local governance and development issues.

In fact, one could witness a game of competitive regionalism being unfolded in the two states with the ruling parties—TRS in Telangana and TDP in Andhra–accusing each other of working against the interests of the other state. The twin planks of welfarism and regional aspirations dominated the campaign narrative in both the states.

While the country, by and large, witnessed a presidential style of campaigning, dominated by Modi versus Rahul narrative, the idea of bringing together regional parties to offer an alternative to the BJP and Congress was pitched by TRS supremo and Telangana Chief Minister K Chandrasekhar Rao. He rooted for a Federal Front playing a decisive role in the formation of the next government at the Centre.

However, the exit polls carried out by at least nine agencies predicted a clear and decisive mandate for the BJP-led NDA, giving no scope for regional parties to play any role at the national level.

A majority of the exit polls predicted that Chandrababu Naidu’s TDP is on the way out. And, YSRCP, whose president Jagan Mohan Reddy ran an aggressive campaign and completed a record-breaking 3,648 km long walkathon across the state, is set to capture power in AP.

The India Today-Axis My India exit poll predicted that the YSRCP is set to win 130-135 seats in the 175-member AP Assembly with TDP coming a distant second with 37-40 seats. Similarly, VDP Associates, in its exit poll, said YSRCP will win 111-121 seats compared to TDP’s 54-60 seats. A third exit polls to predict a YSRCP victory came from CPS, which predicted YSRCP to win 130-133 seats with TDP following in the second place with 43-44 seats.

However, holding out a ray of hope for the ruling party, INNS’ exit poll said the party will return to power with 118 seats and, gave YSRCP 52 seats — the lone agency to predict a second term for Naidu.

Actor-turned-politician Pawan Kalyan, whose Jana Sena Party evoked great interest in political circles, may well have bombed at the ballot box office. The pollsters have given him a maximum of five seats with the worst case scenario being a complete rout.

For Chandrababu Naidu, who has been on a spree of meetings with leaders of the Congress, SP, BSP, TMC, NCP and Left parties aggressively pushing for a non-NDA alliance to keep the BJP at bay, the exit polls have come as a major blow. His dream of playing a king maker in Delhi in the event of a fractured mandate appears to be melting away, if the exit polls hold.

“Time and again, exit polls have failed to catch the people’s pulse. Exit polls have proved to be incorrect and far from ground reality in many instances. While undoubtedly, the TDP government will be formed in AP, we are confident that non-BJP parties will form a non-BJP government at the Centre,” Naidu tweeted, hours after the telecast of exit polls.

With the YSRCP breathing down his neck and Pawan Kalyan too drawing huge crowds, Naidu chose to make BJP the villain of the piece, stressing that the NDA did not deliver on the special category status for Andhra Pradesh. However, this strategy appears to have backfired, particularly since he had earlier agreed to a special financial package that the Centre had promised.

This dichotomy in Naidu’s claims was fully exploited by Jagan who positioned himself as the sole fighter for the state’s cause.

The TRS juggernaut continues to roll in Telangana with most pollsters predicting a sweep for the ruling party, winning 12-15 of the 17 LS seats.

According to IPSOS-CNN News 18 exit poll, the TRS is expected to win 12 to 14 seats with a vote share of 34.83 per cent, against the 11 it had won in 2014. The Congress and the BJP, according to this channel, could land between one to two seats in Telangana with the AIMIM retaining the Hyderabad Parliament seat.