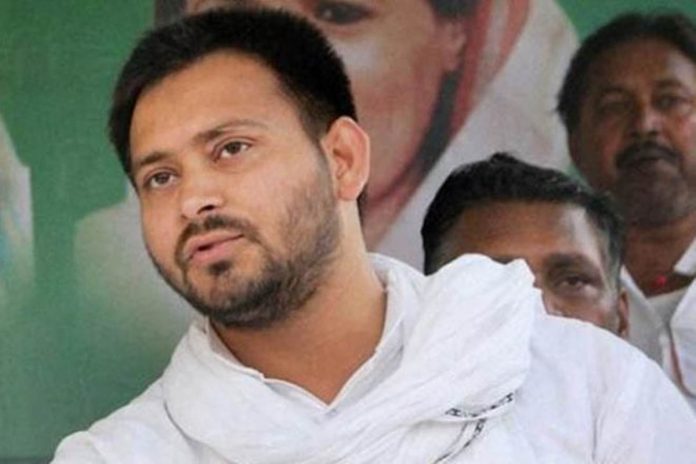 In the great war of Mahabharata, which lasted for 18 days, a young Abhimanyu had single-handedly faced a host of mighty ‘Kauravas’ in the battlefield. Though he was killed in the end, the valour he displayed while taking on mighty enemies remains an inspiration for society. Although it will be inappropriate to compare the ongoing Lok Sabha elections with that war yet, what deserves a mention here is how Tejashwi Yadav, the 29-year-old leader from the Rashtriya Janata Dal (RJD) has been posing a huge challenge for a quintet of mighty politicians — from Narendra Modi, Amit Shah and Nitish Kumar to Ram Vilas Paswan and Sushil Kumar Modi — all seasoned and heavyweights.

The RJD was quite hopeful that party president Lalu Prasad Yadav, currently serving prison term in Ranchi jail in three separate fodder cases, would be granted bail by the court at least on health grounds. The other option was to reason with the court that as the head of a political party he was required to be out of jail to distribute poll symbols. Lalu’s bail petition was first rejected by the Jharkhand High Court and later by the Supreme Court. The rejection left the RJD with lone star campaigner Tejashwi Yadav.

With Lalu Prasad in jail and his mighty rivals out on poll campaigns, everyone assumed that the ruling NDA will have a cakewalk. But much to everyone’s surprise, Tejashwi has now turned the adversity into an opportunity with his brilliant poll strategy and selection of poll issues. His strategy has cornered the rivals in the poll arena.

Turning the spotlight on reservation to the backward sections and the ‘dalits’, he has been telling the masses that the Narendra Modi government has been systematically working to scrap the reservation for the numerically significant community. He has pointed out that the Modi government granted 10 percent reservation to the upper castes in just two hours, while it took more a decade for the recommendations by the Mandal Commission to finally implemented. The Mandal Commission or the Socially and Educationally backward Classes Commission was formed in January 1979, but was finally implemented more than a decade later in 1992, although the report had been submitted in 1980. He also says he has no issues with the reservation granted to the economically poor among the upper castes, but that should have been done after completing the caste census.

Armed with Modi government’s notifications and newspaper clippings, Tejashwi has been describing Modi as a huge threat to the reservation rights of the poor. Such has been the impact of his campaign that NDA leaders from Modi to Bihar chief minister Nitish Kumar have been forced to give an explanation. “Mahamilavatis are spreading fear that if Modi comes back as Prime Minister he will end elections, ruin constitutional institutions and finish off reservation,” Modi has been seen reiterating in every rally in Bihar. Likewise, Nitish Kumar has been repeatedly explaining that the reservation is the constitutional right of the socially backward castes and none could scrap that.

Tejashwi has also alleged that his father has been sent to the prison, as the ruling coalition had no political guts to face him in the battlefield. Lalu Prasad is not a man, he is a movement…he has given voice to the voiceless. He has been sent to jail to stop him from raising your issues: has been Tejashwi’s refrain in all his rallies. He has strategically used his father’s prison term to gain sympathy from the backward and Dalit masses. On the other hand, the NDA leaders have been compelled to deny their role.

He has also been demanding that the PM addresses key issues rather than turn to rhetorics. “Modi ji mudde par aaiye,” he has repeated, telling his supporters that the PM talks about Vande Matram, Pakistan, air strike, beef, etc at his rallies, rather than discussing real time issues like unemployment, social security, health, economy and food crisis.

Tejashwi has displayed adeptness in sailing through choppy waters earlier too, when he sealed the tricky seat-sharing deal with at least five political parties –all eager to take as many seats from him in the absence of his father. Despite pressure from the Congress, he restricted them to nine LS seats and resisted the pressure being mounted on him to include a mighty Pappu Yadav in the Grand Alliance. Warding off the hostility from his elder brother Tej Pratap Yadav, he went ahead distributing seats as per his own conscience and taking into consideration the caste equation and winnability.