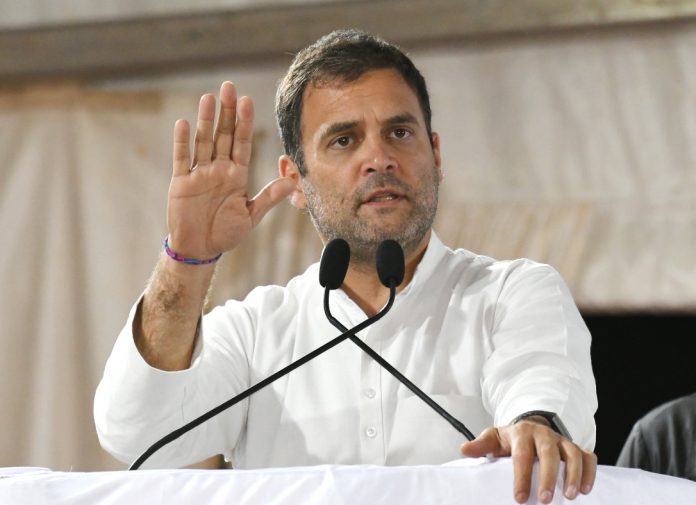 The uncertainty in the Congress continued to prevail on Wednesday (May 29) with its chief Rahul Gandhi sticking to his offer to resign, even as some party workers sat on a hunger strike outside his house to convince him against quitting.

The Congress workers were detained by the police and let off subsequently. Delhi Congress leader Vijay Jatan and some workers, who sat on a hunger strike outside Gandhi’s Tughlaq Lane residence, said their demand was that the latter should take his resignation back because the party needed his leadership. The crisis in the Congress showed no signs of easing with Gandhi sticking to his decision to resign as party chief after its Lok Sabha poll debacle and staying away from meeting party leaders.

On Tuesday, Gandhi had only met his mother and UPA chairperson Sonia Gandhi and sister Priyanka Gandhi Vadra, besides senior party leader KC Venugopal and the Congresss chief spokesperson, Randeep Surjewala. Rajasthan Chief Minister Ashok Gehlot and his deputy Sachin Pilot went to meet Gandhi at his Tughlaq Lane residence on Tuesday, but they only met Priyanka there. Senior Congress leaders have been pressing upon Gandhi to take back his resignation and revamp the party at all levels in these challenging times.