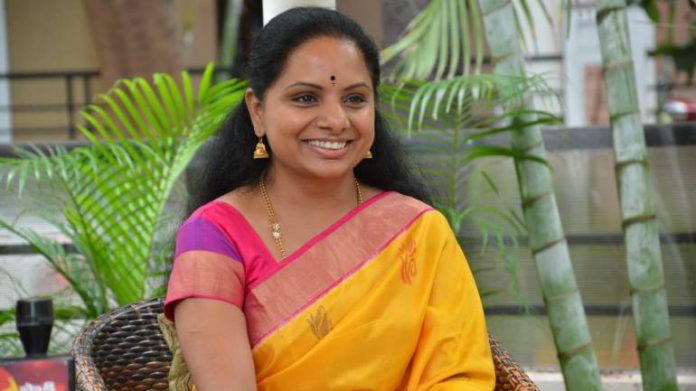 Regional parties not aligned with the Congress and BJP would get 120-plus seats in the coming Lok Sabha elections and may hold the key for government formation, according to a Telangana Rashtra Samithi leader.

Speaking to ‘PTI’, Nizamabad MP, K Kavitha, daughter of the TRS President and Chief Minister K Chandrasekhar Rao, raised a strong pitch for these “neutral” regional parties to have a shot at power at the Centre.

Kavitha, an influential party leader, said the TRS is in touch with various parties not part of the BJP-led NDA and Congress-anchored UPA on its efforts to forge a federal front of regional outfits.

“Most of them are waiting and watching for the (Lok Sabha) results to come out but then taking up a neutral front is an idea which is appealing to many parties, not all of them have come out openly saying that,” she said.

A federal front would take good shape after the Lok Sabha election results are out, Kavitha said.

All regional parties — she named TRS, YSRCP, BJD and TMC, as examples — would do very well in the Lok Sabha elections, according to her.

“We believe around 120-plus seats regional parties (who are not aligned with BJP and Congress) will hold which is quite a big number,” she predicted.

She does not believe that NDA would enjoy the same majority that it had in the previous term.

“People have realised that they (the NDA) have not done much and I don’t even see the Congress picking up much. So, either one of them is not meeting (the majority mark), then chances will be there for various regional parties. That’s what I am banking on. That might give larger scope for other parties,” she said.

Asked if she saw a scenario where BJP-led NDA fell short of numbers, and the consortium of regional parties as proposed by TRS supporting the NDA or UPA to form government, Kavitha said she was not sure.

On whether the TRS is ready to support the BJP if it fell short of numbers, Kavitha said: “I really hope that is not the scenario, let’s see, let’s wait and watch for the results.”

Asked if she was not ruling out the possibility of TRS backing the BJP if it needs numbers to get majority, she said: “We would sincerely want an opportunity for the neutral parties to be able to make a mark at the Centre.”