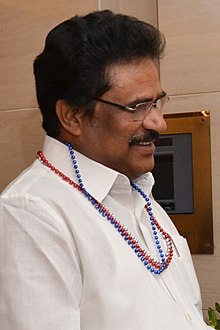 It seems to be a vow of a different sort – a Chennai-based woman says she will clean the footwear of devotees visiting a temple in Tiruchirapally if the congress candidate loses the election in the constituency.

After offering a prayer at Srirangam temple in Tiruchirapally, Narmadha Nandhakumar, a resident of Anna Nagar in Chennai, urged the people in the locality to desist from voting for Congress candidate S Thirunavukkarasar.

She said the supporters of Thirunavukkarasar, former president of the Tamil Nadu Pradesh Congress Committee (TNPCC) in Anna Nagar in Chennai were ‘threatening her’ and a person like him should not win from a constituency from where former chief minister J Jayalalithaa once contested and won the assembly election.

Advocate S Saravanan, a Congress worker, lodged a complaint with the Srirangam police seeking action against the woman. The police summoned the woman as part of the investigation. There were unconfirmed reports that she was a BJP sympathiser.

3:37 PM, 6 February, 2023 0
Adani's bid, which was the lowest, for the supply of smart meters for UP's Madhyanchal Vidyut Vitran Nigam, was cancelled due to “unavoidable reasons”, said a media report

Why is Turkey prone to earthquakes? Last year...