Over 2 lakh parents from across the country have signed a petition demanding that schools should not be reopened unless the COVID-19 situation improves or a vaccine is ready.

The petition comes following the government’s announcement that schools, colleges, coaching centres, and other educational institutions will be reopened after discussing the coronavirus situation with states and union territories in July.

“Opening of schools in July will be the worst decision by the government. Its like playing with fire when we ought to douse it with full force. The current academic session should continue in e-learning mode. If the schools claim that they are doing a good job via virtual learning then why not continue it for the rest of the academic year,” said the petition, which has been signed by over 2.13 lakh parents.

Universities and schools across the country have been closed since March 16 when the Centre announced a countrywide classroom shutdown as part of a slew of measures to contain the COVID-19 outbreak.

Related news: Back to school amid COVID-19: Rising cases leave parents in dilemma

Later, the government announced a nationwide lockdown which began on March 25. The lockdown was initially imposed for a 21-day period till April 14. However, it was extended till Sunday. The government had announced phase-wise easing of restrictions while the lockodwn will continue in containment zones till June 30.

“Schools, colleges, educational, training, coaching institutions… will be opened after consultation with states and UTs (Union Territories). State governments and UT administrations may hold consultations at the institution level with parents and other stakeholders. Based on the feedback, a decision on reopening of these institutions will be taken in the month of July, 2020,” the Home Ministry said in a statement on Saturday.

However, the announcement has rang alarm bells for parents who believe the move will be highly unsafe.

“At home, we can take several precautions but how will we ensure that when kids go to school. Lunch breaks, school buses, everywhere there will be fear. At a time when cases are rising, its not a wise thing to do,” said Swati Bhardwaj, mother of a seven-year-old.

Gurgaon resident, Mayank Mehra, said, “When the lockdown was announced neither teachers nor students or parents were prepared for the technological intervention but now in two months some ground has been made and it can be smoothly pursued for few months till the situation is normal”.

The pending board exams and entrance examinations which were postponed due to COVID-19 lockdown have also been scheduled in July.

Related news: Lockdown: Students who migrated can appear for board exams in other states

The death toll due to COVID-19 rose to 5,394 and the number of cases climbed to 1,90,535 in the country, which registered biggest single-day spike of 230 deaths and 8,392 cases till Monday 8 am, according to the Union Health Ministry.

India is now seventh among the nations worst hit by the COVID-19 pandemic after the US, Brazil, Russia, the UK, Spain and Italy, according to the WHO coronavirus tracker.

Countries across the world have started resuming classes, with Germany reopening schools partially and France starting classes earlier this week. Spain and the United Kingdom have only been seeing a fraction of the students in schools.

While infection rate among children has been less than two per cent of reported cases in China, Italy and the US, researchers are still undecided about the extent of their susceptibility to the infection. Even as there are ongoing studies about their role in the chain of transmission, many argue that the opening of schools without guidelines cannot be advised. 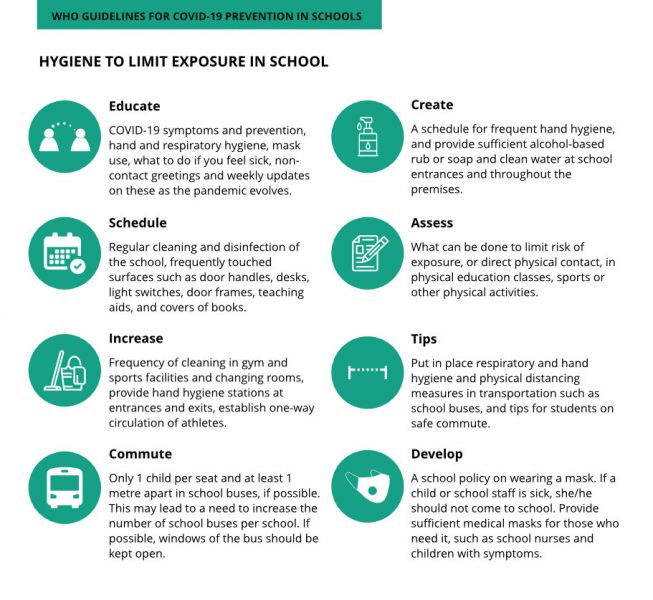 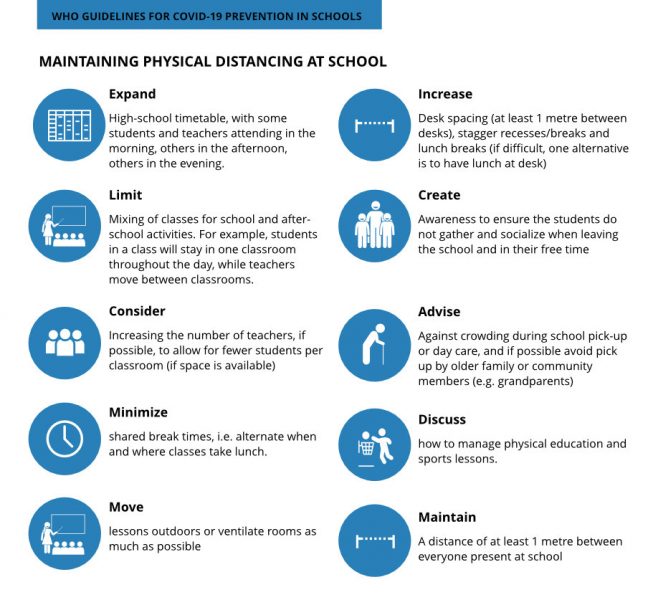 Related news: Pending Class 10,12 board exams to be held at 15,000 centres across country