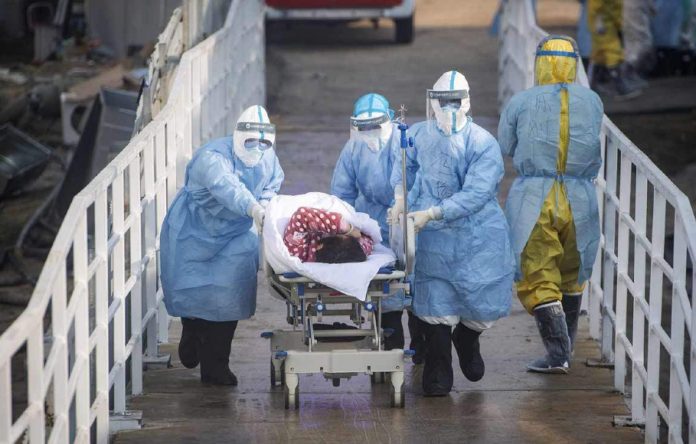 A woman vendor at a seafood market in Wuhan, China is said to be the first victim of Covid-19, a new study published in the journal Science said on Thursday (November 19).

The origin of the disease caused by the fast spreading Sars-CoV-2 virus which is said to have started in Wuhan has been a bone of contention between China and a number of western countries.

An accountant was earlier dubbed as the first patient with Covid-19 symptoms, raising speculation about a leak from a top virus laboratory in Wuhan.

China has repeatedly denied the lab leak theory, saying it was a conspiracy by western countries and sought probe into viral fever cases in other countries.

Virologist Michael Worobey, head of ecology and evolutionary biology at the University of Arizona, in his new study says the first known patient of Covid-19 would be a woman vendor at the Wuhan market.

He says that the accountant’s symptoms began after multiple cases in workers at Huanan market.

A female seafood vendor at the Wuhan seafood market was “the earliest known case, with illness onset on December 11”, found the study done by Worobey who went through publicly available data including hospital records and interviews of patients.

“Given the high transmissibility of Sars-CoV-2 and the high rate of asymptomatic spread, many symptomatic cases would inevitably soon lack a direct link to the location of the pandemic’s origin,” he wrote.

“That so many of the >100 Covid-19 cases from December with no identified epidemiologic link to Huanan market nonetheless lived in its direct vicinity is notable and provides compelling evidence that community transmission started at the market,” he said.

“The strength of my article is that it draws on firsthand accounts — including audio/video recordings – of doctors, hospital administrators, and patients like Zhang Jixian, Xia Wenguang, Wei Guixian, Chen Honggang, Ai Fen, and Yuan Yufeng,” Worobey tweeted.

“There was a tragic failure of China’s much-touted Pneumonia of Unknown Etiology (PUE) system, where doctors are supposed to report cases of unexplained pneumonia rapidly (I believe within hours) to national authorities through an internet-based platform,” he tweeted.

The World Health Organisation (WHO) has proposed a new committee of experts to probe the source of coronavirus.

Scientist Yungui Yang of the Beijing Institute of Genomics at the Chinese Academy of Sciences is the only Chinese expert named in the 25-member panel.

China has not been quite happy with the proceedings, and has warned against any “political manipulation” in the new probe.