A group of architecture students from Pune has designed a model quarantine facility that ensures better experience and care of patients. This design focuses on minimum human contact and uses technological intervention to ensure better quarantine experience.

Ishan Keskar, an architect and the brains behind the facility, said they came up with the solution after seeing poor quarantine facilities, with filthy washrooms and unhygienic kitchens.

“One major factor that is ignored by most of us is the effect on the mental health of a person. Some reports say people committed suicide after coming out of quarantine facilities. This mental trauma occurs mainly because of the hostile environment and stigma,” said Shubham Gandhi, Keskar’s team member.

“The concept is to create a home away from home for the patients. They shouldn’t feel like prisoners in those places because it’s a kind of a care home,” he added.

Gandhi told The Federal that they first studied the government guidelines. “Then we moved on to news reports which provided us information on lacunae in these facilities. Then, we conceptualised design following the guidelines and also solutions to the problems faced by previous patients.”

They also checked out quarantine facilities in different countries for comparison.

“Basically, we put ourselves in the place of a patient and found out what all a person would need since the entry until his/her exit from the quarantine after 14 days of isolation, and we got all the answers,” he added.

How does it work

Now that the movement of people has started in many states, they would need to be quarantined in many places. So this concept would be very useful for those states, says Keskar.

“The concept involves retrofitting of the old public buildings into quarantine facilities to lower the costs. The only expense would be on the bed which will have space to keep personal belongings with the patient. So he/she would be much relieved to stay with his valuables too,” he explained.

The second priority is the safety of the people at the forefront of the battle with minimum human intervention. An integrated app will take care of this and track everything.

Keskar said they are also planning an app that would track a person’s travel until quarantine.

“An official from the quarantine facility would know that he/she met so many people through the app and be prepared for the same,” he said.

The app will facilitate other activities too. It will give e-books, movies, news, etc. to the users. If one needs toothpaste, he/she can notify on the app or call the helpline and the authorities will arrange the same. The same can be followed for all the things. This will facilitate the process of communication and minimise human intervention.

According to government guidelines, the facility must have a separate kitchen and laundry space to minimise the possible infection.

For this, Keskar said the government could collaborate with a nearby hotel that has laundry machines and save costs too. And the same can be done for kitchens too.

The plan also suggests a separate system for the disposal of bio-medical waste and other solid waste management in the facility.

The proposal has been sent to most of the CMOs in the country as well as PMO and the health ministry, Gandhi said, adding that they were ready to implement the project.

Besides Keskar and Gandhi, Neeraj Jawale, Bhairumal Sutar and Tejal Shrotriya were part of this project. 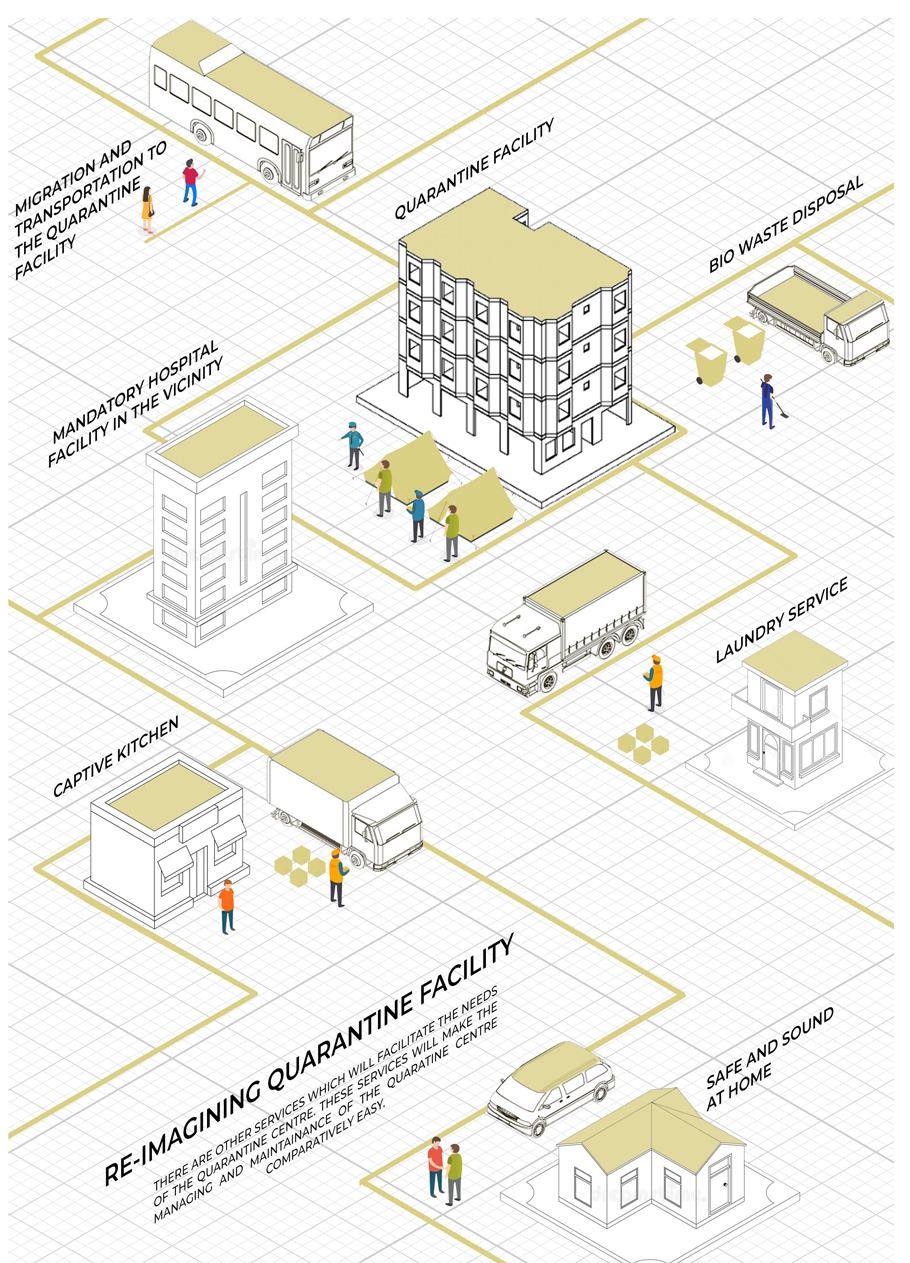