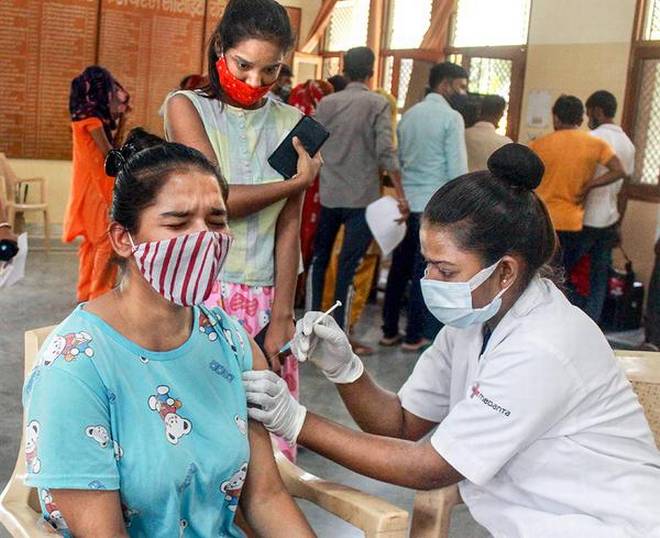 Top authorities are worried about growing complacency among people over taking the second Covid-19 vaccine shot due to a decline in infection rates and deaths, and this could lead to higher vulnerability and a new wave, according to health experts who told news agency Reuters.

Over 60% of adult Indians have taken the first dose, while only 19% are fully vaccinated with two shots.

During the second wave of Covid-19 in India, the government had prescribed that the second dose be taken after 12 weeks or 84 days due to a shortage in vaccines, and with a view to get a majority of the population immunised quickly at least once. In other countries, the second dose is given after 4–6 weeks.

This has resulted in a hesitancy in many in taking the second dose. According to a Times of India report, many elderly people were reluctant or afraid to take the second shot.

This is also delaying the government’s objective to achieve full immunisation quickly. Moreover, top authorities fear this could lead to higher vulnerability to deadlier variants.

“There’s a concern among the highest quarters of an impending vaccine hesitancy, in view of most taking a single dose already and disease incidence at its lowest,” one of the sources told Reuters, on condition of anonymity.

However, the government had earlier said that April-August data showed that the first dose had 96.6% effectivity against death while the second shot gave 97.5% protection.

One expert said this “message could inadvertently put people off from getting their second shot”, especially as poor workers are unable to earn their daily wages when they go for their jab.

The other expert said the states had been told to encourage people to get their second dose soon, in a bid to ensure they don’t miss out on the second one.

Interestingly, the Kerala high court has asked the government to allow people to take the second dose after two weeks if they want, as against the 84-day gap prescribed by the government.

This came in the wake of the government relaxing the 84-day gap for certain groups of people, such as students planning studies abroad, athletes, sportspersons and their associates going for the Olympics, and even some government officials going abroad.

The government is also struggling to maintain the good faith about vaccines amid a flood of misinformation, some of which claim that the doses would cause impotency or other diseases, and others which prescribe home-made or herbal cures for Covid-19.

As on September 13, India had reported a total of 3.3 crore infections and 4.4 lakh deaths, while the active cases stood at 3.69 lakh.