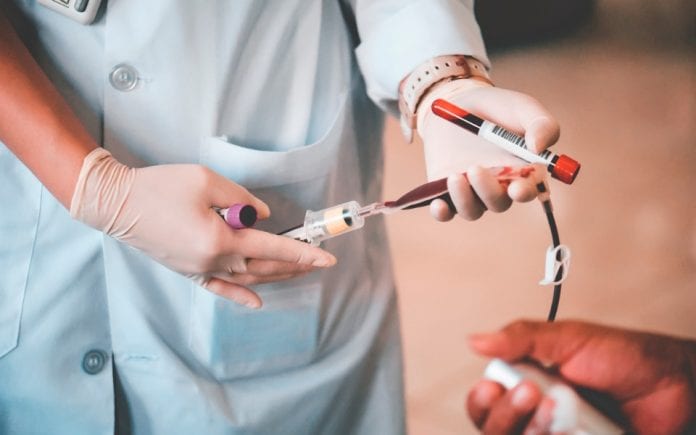 Poor response from the donors is proving to be a major stumbling block to the widespread use of plasma therapy, which offers hope for the critically-ill COVID-19 patients across the country.

Despite incentive offers from the state governments and awareness campaigns by the medical community and the NGOs, the recovered COVID-19 patients are largely reluctant to donate plasma to save lives of the critically ill.

Be it the southern states of Tamil Nadu, Karnataka, Telangana and Andhra Pradesh or West Bengal and Delhi, there has been lukewarm response to the repeated appeals by the governments and the medical professionals for plasma donation.

However, some individual initiatives are beginning to make an impact. For instance, a senior Congress leader in Telangana, who had recently recovered from COVID-19, started a campaign to mobilise plasma donors and connect them with the critical patients.

“After I recovered from COVID-19, I realised I was truly blessed. I wanted to do something about the less fortunate ones who were desperately in search of plasma. To inculcate the trend of plasma donation, we decided to form the Telangana Plasma Donors Association. We now have more than 30 eligible donor members in our group,” said G Narayan Reddy, who is the treasurer of the state Congress committee.

Akhil Ennamasetty, the first plasma donor in Telangana, has appealed to the state government to set up a dedicated task force to cater to the needs of donors and the patients.

The Governor Tamilisai Soundararajan, herself a medical professional, rooted for setting up a plasma bank with adequate antibodies out of a large pool of recovered COVID-19 patients.

The experts have called for creating a platform exclusively for this purpose, so that the potential donors and recipients can coordinate.

In West Bengal too, the public response has not been very encouraging. This prompted the government to issue an advertisement in the local media, appealing to the people for donation.

Maharashtra and Delhi, the two worst-affected states, have set up plasma banks.

What is plasma therapy?

Convalescent Plasma Therapy (CPT) involves using the plasma obtained from the blood of cured coronavirus patients to treat those who are critically ill.

When people have COVID-19 or any other viral diseases, their immune system responds by creating antibodies, which attack the virus. Over time the antibodies build up and can be found in plasma – the liquid portion of the blood.

In the absence of any specific cure or vaccine for COVID-19, the plasma treatment is has been found to be useful in some critically-ill patients. However, it is not a magic bullet and cannot be seen as a proven cure. The ongoing studies across the world are not yet conclusive.

The therapy can also be used to immunise those at a high risk of contracting the virus — such as health workers, families of patients and other high-risk contacts.

Plasma therapy is not new. It was also used during the Spanish Flu in 1918.

Plasma therapy’s potential as treatment for COVID-19 has been explored in limited trial in China, where the outbreak first emerged. In one trial, 10 critically-ill COVID-19 patients were subject to convalescent plasma therapy. The trial showed some improvement in patients’ condition and no severe adverse effects were observed.

Another trial conducted by researchers in Shenzhen, China treated five critically-ill COVID-19 patients with the plasma therapy and found improvement in their clinical status.

These studies have sparked a ray of hope. However, researchers caution that it is too early to think of plasma therapy as an effective treatment. The sample sizes in the COVID-19 plasma therapy trials are too small to arrive at definite conclusions.

Following the ICMR’s approval, the Karnataka government conducted the first-ever trial of therapy using convalescent plasma transfusion on a 60-year-old COVID-19 male patient in May.

However, it failed and the patient died.

So far, less than 10 donors have come forward to donate plasma in Karnataka. While five of the eight patients who were administered plasma have recovered, three succumbed to the disease. To combat the poor response, the government even created an online registry to help patients place their requests.

Based on the health expert committee suggestion, the state announced an incentive of Rs 5,000 to COVID-19 patients who are willing to donate their plasma.

The clinical trial of plasma therapy started at Infectious Disease (ID) Hospital at Beliaghata in Kolkata. The state government set up a plasma bank at Medical College Hospital on July 7. The plasma collected at MCH is currently being used for clinical trials at ID Hospital.

Some private hospitals designated for COVID-19 treatment are also planning to use the therapy soon.