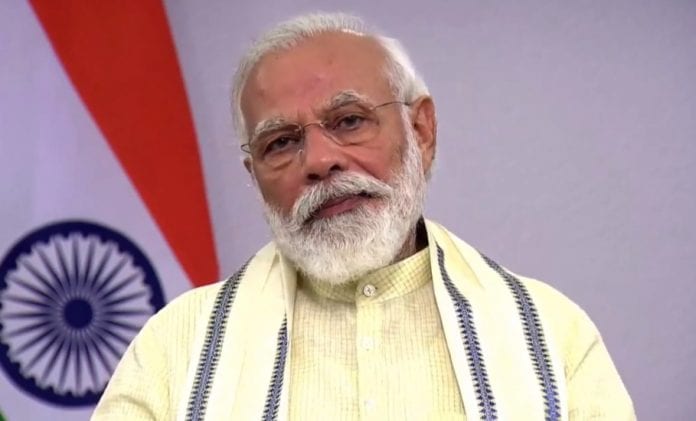 The English media is upset by PM Modi's silence in the face of the unfolding tragedy in the country.

Quoting Prime Minister Narendra Modi’s biographer and a journalist, a BBC article scoffed at the fact that India’s PM has never addressed a press conference, even during the COVID. “He doesn’t like to be questioned”, said Nilanjan Mukhopadhyay, in the article titled ‘India’s COVID crisis delivers a blow to brand Modi’. But, the mayhem and unspeakable tragedy being unleashed in the country from the second wave seems to have finally stirred up the Indian media to do its job and pose questions to Modi, who has been maintaining a conspicuous silence during this terrible crisis in the country.

Prior to the second COVID wave, a dominant section of the Indian press, derisively called “godi media”, was hardly playing its role of a watchdog. The lure of sizable government advertisements, access to power and business favours had made them play along like “obliging poodles” (Time magazine) to PM Modi’s grandiose posturing, empty promises, rash, unplanned decisions and his constant harangue on Made in India and Atmanirbhir Bharat.

But now, as PM Modi completes seven years of office, the Indian media is finally galvanising into action and are exposing his leadership, the lies and the complete mishandling of the pandemic. The gloss has rubbed off; and the blinkers are off. This is happening with the regional press as well, some of them had been PM Modi’s big champions.

The front page of the country’s largest-selling newspaper, Dainik Bhaskar, the Hindi daily, carried a night-time shot of a crematorium in Bhopal on April 15. The orange glow from the multiple fires burning in the funeral pyres was visible. And the banner headline declared, “The government’s data are fake, the pyres tell the truth.”

This report showed up the government’s lie that just four COVID-19 patients had died on that day. But the three crematoriums the paper had visited revealed that 112 COVID victims had been cremated on that day. Again, in Gujarat, Ahmedabad had declared 20 COVID-19 deaths on April 12 but local newspaper Sandesh reported that in just one city hospital, 63 people had died of the virus. Many newspaper, television channels and online media have been turning the spotlight on under-reporting of cases in the country.

As the public’s anger and frustration mounted, the Indian media could no longer ignore the mood of the country. The horrific photographs of floating bodies of COVID patients were ostensibly the last straw on the camel’s back. Most TV channels, including Aaj Tak have done special, on-the-ground reports on the dead bodies and skeletons floating on the river Ganges between Ghazipur and Buxar. The Aaj Tak report rubbishes the claims made by the government and political parties that fewer people are succumbing to the virus and adequate medical treatment is being provided to people.

The Aaj Tak report in fact stated: “Days after bodies of suspected COVID-19 patients washed up on the shores of the river Ganga in Uttar Pradesh, more have been found buried in the sand in Unnao. The disturbing visuals from Unnao’s ghat are raising serious questions about this government”.

The English media seemed upset by PM Modi’s silence in the face of the unfolding tragedy in the country. They challenged the government’s “deafening silence” over the anguished and angry questions being raised over its management of COVID’s second wave. “Who is to blame? What is to be done? In the face of mass cremations, the desperate scramble for hospital beds, the hunt for medical oxygen, the public outcry and the personal tragedies of people dying like flies…”, asked an India Today editorial titled “Covid second wave exposes the abject failure of the state”.

And, it abjectly admitted that “the fact is that the state and those who run it have failed us – in a once-in-a-lifetime Himalayan Blunder kind of way.” The editorial squarely blamed the leadership for the “institutional collapse and bureaucratic cowardice” to allow super spreader festivals and eight-phase elections even when a second wave was breaking. “It is a sorry tale of neglect, apathy and failure of our political leadership”.

It even called out the “narcissism”  that enabled leaders to ignore warnings of expert groups. Most of the media brought out the hubris and narcissism behind the actions of this leadership.

Another weekly magazine, Outlook meanwhile seemed to have strategically dedicated an entire issue to analyse PM’s seven-year reign. Most of them turned out to be harsh critiques of PM Modi, who has only read glowing tributes of himself. In the cover story, “The Go-getter, Downsized”,  Seema Guha played up how Brand Modi has taken a big beating. She was unsparing in her criticism of the mishandling of the pandemic. And, how the stark images of people gasping for breath, dying in front of hospitals even as they wait for hospital beds and medicines, and lack of space for proper burials have splintered “the carefully, cultivated image of Modi as a powerful and decisive political leader”.

“Modi’s international image is at an all-time low, thanks to his ­government’s utter incompetence in ­dealing with the second wave of the –pandemic,” said Guha.

In another article in Outlook, not penned by a journalist but an RJD MP, Manoj Kumar Shah, lambasted the “absence of a coherent, timely and well-thought policy”, which allowed the virus to spread to rural India. Stating that the failure to plan is equal to planning to fail, he criticised the government for squandering precious time late last year, “defying expert advice and napping at the wheel”.

“The unfortunate part, of course, is that they weren’t napping; they were pouring in immense resources and political capital in pushing through anti-people policies and laws,” he wrote in his opinion piece. Shah blamed the disaster on “hubris” and lack of perspective and empathy. And, lamented that parliament was not allowed to function, let alone those in power be questioned.

Also read: Turn off all lights; light candles, diyas for 9 mins at 9 pm on April 5: Modi

In yet another article, titled ‘The Empire of Cruelty’, a political commentator Pratap Bhanu Mehta pointed out that ordinary mortals might be tempted to measure Narendra Modi’s seven years in power by conventional standards of ­assessment. “How much growth did India achieve? How much welfare was institutionalised? How secure is India against its competitors? Has corruption reduced? How have institutions performed? Are we, as a society, stronger, more resilient and inclusive than a decade ago? These are ­reasonable questions and typically ones that would be part of a ­seven-year report card.”

Unfortunately, he said, Modi was not elected to be measured by answers to reasonable questions; in fact, he does not answer any real questions at all. And, added sarcastically that it would be grossly unfair to impose these questions on him. Bhanu labelled PM Modi’s reign as one of “­unremitting pol­itical cruelty”. Interestingly, he said, “but when death and suffering in large numbers come knocking on our door, we might finally be woken from our slumber, “he wrote. This could well apply to the Indian media.

“We might finally recognise what this regime did to us as a nation. This regime’s greatest achievement in seven years is that it made us a ­nat­ion of resentful hearts, small minds and constricted souls. We might think this is a failure. But this is how the Modi ­government set out to define its success, and it succeeded all too well,” Shah concluded.

Another national weekly, The Week has an editorial by Pratul Sharma. Criticising PM Modi for not resolving this crisis with a “focussed response”, he said that “political considerations” clouded the government’s assessment of the severity of the crisis. He lamented the fact that the ruling political class appeared at a loss on how to handle the crisis.

And pointed out that the government and party are struggling to deal with the anger building across the country over the mismanagement of the pandemic. He questioned why the PM, usually the “finest communicator in the country”, has often been “at a loss for words” since the second wave of Covid started. The party’s communication strategy has been weak and seen as an attempt to cover up the shortage of oxygen, medicines, vaccine and other critical supplies forcing the Supreme Court and High Court to step in to resolve the crisis.

The media too seemed to have found its voice in this bedlam. And, it castigated itself for being “lulled by bromides of idiocy”. As the India Today editorial aptly asked, “Remember the one about Indians’ superhuman immunity? Remember clanging steel utensils? Remember telling the world that India had beaten COVID-19?”

However, it remains to be seen if this outburst and rant against the Modi government will turn out to be just a seven-year-itch? Or, will media houses continue to maintain this pitch and even manage to get PM Modi to a press conference?