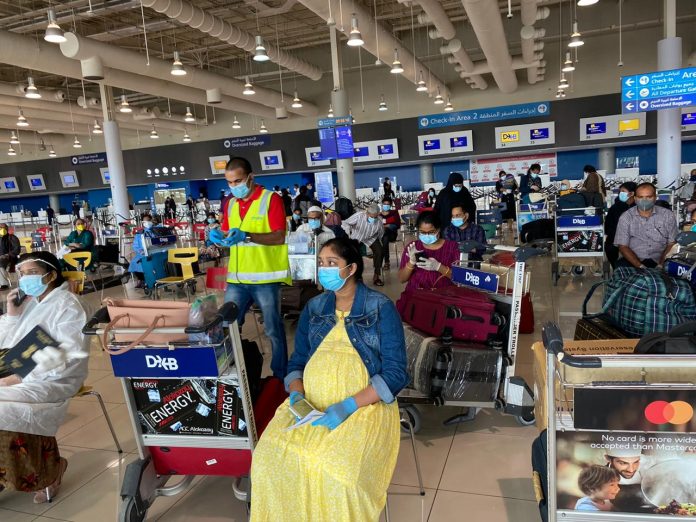 A record 86.3 million people passed through Dubai in 2019, but as the pandemic grounded flights, that fell 70 per cent to 25.8 million last year

In an interview with the BBC, Paul Griffiths said “I don’t think there is an alternative” to COVID passports, which critics argue will discriminate against those who cannot get vaccinated.

“I think the problem is not the vaccine passport and its discrimination. It’s the need to roll things out and have a proper globally equitable vaccine programme,” he said.

The World Health Organization and World Travel & Tourism Council are among those opposed to vaccine passports. Last month, Dr Mike Ryan, executive director of WHO’s Health Emergencies Programme, repeated that ethical and fairness issues “need to be considered” in a “world where vaccine is distributed in such a grossly inequitable way”.

The pandemic has dealt a huge blow to the global aviation industry and Dubai Airports is no different. A record 86.3 million people passed through Dubai in 2019, but as the pandemic grounded flights, that fell 70 per cent to 25.8 million last year.

Griffiths wants that number to rise again: “We need to get into risk management rather than risk avoidance,”  he said. “I just don’t think the world can survive without that mobility for much longer, certainly socially and economically, but you can understand why countries around the world are being very conservative. The last thing any politician wants is a surge of infection on their turf.”

Last year, the United Arab Emirates saw its economy contract by 6.1 per cent amid the global slowdown.

As a major tourism and aviation hub, Dubai plays a key role in the country’s economy.

Griffiths said: “The city’s been built as a global hub and it’s enabled a tremendous commercial and tourism centre to be developed here in the UAE.

“So we are pretty dependent, because at least 35 per cent of GDP is based around the enablement of travel and tourism, so it has a big dramatic effect here.”