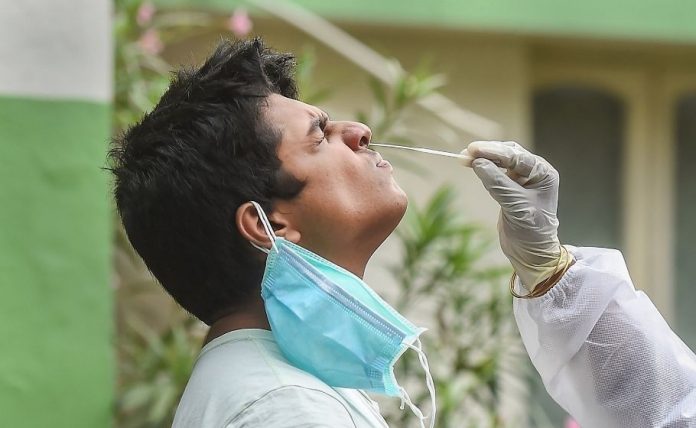 Despite a gradual fall in all-India COVID positive cases over the last few months, Kerala and Maharashtra have reported a sudden surge in cases in the last two days, which has the health machinery worried. Authorities in Gujarat are cautious as they plan to impose night curfew in more cities.

On Tuesday (February 16), Kerala and Maharashtra reported 61,550 and 37,383 active cases respectively, which is 72% of the country’s active case count.

Kerala has the highest number of active cases, which constitutes about 50% of the entire country. On Sunday, it had 63,484 active cases, out of the total of 1.37 lakh in the whole country.

It was initially hailed for being a state with least cases, but the count started spiraling and to date Kerala remains the state making largest contribution to the national count.

The year 2021 has been particularly difficult for the state with 45 to 50 percent of all the new detections in the country happening in Kerala.

Meanwhile, authorities in Mumbai are alarmed as the Maximum City once again stares at a possible lockdown. On Monday the city recorded 493 cases while the total caseload touched 3,14,569 mark. So far, 11,420 people have died in Mumbai. This can still be seen as a slight dip because the case count on Sunday was 645, which was still the highest per day number since February 9.

Mumbai Mayor Kishori Pednekar has warned of a possible lockdown, but said it will depend on the people. “Most people travelling in trains don’t wear masks. People must take precautions or we will head towards another lockdown,” Pednekar told The Indian Express. Deputy Chief Minister Ajit Pawar too expressed concern over people ignoring social distancing and wearing masks.

Thane district, which is close to Mumbai, too has recorded a surge with the number of positive cases going up to 2,58,030 with 285 fresh cases on Monday (February 15). With one death, the number of deaths in the district so far has risen to 6,203.

Besides Mumbai and Thane, Nagpur and Amravati too have recorded in excess of 400 cases in a day on Monday.

Maharashtra’s case count on Sunday was 4,092 cases — the highest single-day spike since January.

In Gujarat, state health authorities are thinking of imposing night curfew (ban on movement between 11 pm and 6 am) in three out of eight municipal corporations in view of rising COVID cases.

Ahmedabad, Surat, Vadodara and Rajkot have night curfew in place till February 28. Latest statistics show the situation is improving in Vadodara and Ahmedabad, but Rajkot and Surat still show a surge.

Compared to 551 cases reported by Vadodara in between February 1-7, it registered a fall of 23% at 423. The highest increase, on the other hand, was noted in Rajkot where cases increased from 246 to 286. Surat reported a 3% increase.

In February so far, Gujarat reported 14 deaths at an average of one death/day. However, the good part is that the state’s overall positive case count has decreased by 5% this month. What is worrying authorities is the rise in cases in cities with 65% of the state’s active case load.

Meanwhile, the country’s COVID-19 recovery rate improved to 97.32 percent with the recovery of more than 11,800 patients in the last 24 hours. The Ministry said more than one crore six lakh patients have already recovered from the disease. Active cases are on a continuous declining trajectory all over the country.

Also read: WHO authorises AstraZeneca’s COVID vaccine for emergency use

According to the Health and Family Welfare Ministry, there are one lakh 36 thousand 872 active cases in the country which comprises only 1.25 per cent of the total positive cases. A total of nine thousand 121 new cases have been reported in the country in the past 24 hours taking the cumulative positive cases to over one crore nine lakh. The Health Ministry said, 81 deaths have been reported within 24 hours taking the toll to over one lakh 55 thousand across the country.

The Indian Council of Medical Research said that various laboratories have conducted more than six lakh 15 thousand tests of corona virus samples in the last 24 hours. More than 20 crore 73 lakh tests have been done in the country so far.

India reported 56 new cases per 10 lakh population on Tuesday with 9,121 fresh infections in the last 24 hours. The cumulative positivity rate stands at 5.27%.