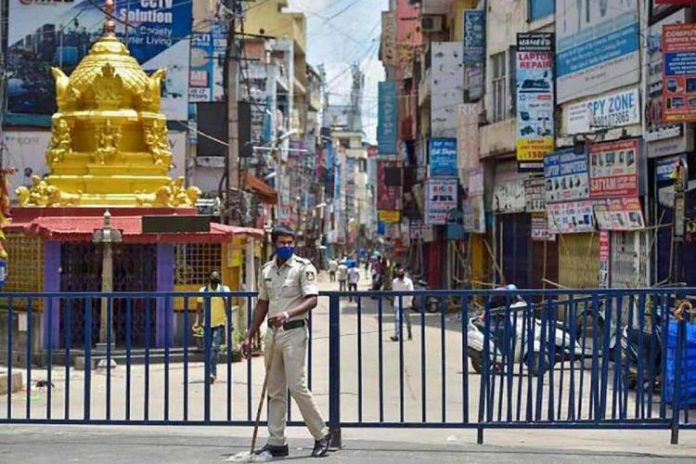 The restrictions will will continue till May 10, said the Chief Minister. PTI File Photo

The BS Yediyurappa-led BJP government in Karnataka has declared a two-week lockdown a day after the state reported more than 34,000 new COVID cases in 24 hours. The measures will come into effect starting Tuesday (April 27) 9 p.m. and will continue till May 10, the CM said.

In view of the sudden surge in COVID cases several states have imposed limited lockdowns and restrictions as medical supplies, including oxygen, have come under a severe strain. Delhi CM Arvind Kejriwal on Sunday announced an extension of the lockdown to another week till May 3.

Yediyurappa said essential services will be allowed between 6 am to 10 am and shops will close after 10 am. Shops which sell material associated with construction, manufacturing and agriculture will be allowed to operate. The chief minister also highlighted that the public transport services will remain shut. The government will allow home delivery of alcohol.

The Cabinet has resolved to write to the Election Commission to defer all upcoming polls for at least three months.

The state has a positivity rate of nearly 20 per cent, which means one in five samples are testing positive.

Yediyurappa warned that the government might extend the lockdown if the cases do not decrease and there are no signs of improvement in the state’s COVID-19 situation. Yediyurappa said the state will provide free vaccination to all including people aged between 18-45 years.

Karnataka’s caseload reached 13.49 lakh on Sunday (April 25) while the death toll reached 14,426, according to data released by the state’s health department. The spike is the highest in a single day since the onset of the pandemic. Karnataka currently has 262,162 active cases.

Yediyurappa while speaking to media, he also reiterated the state is not facing any shortage of oxygen while highlighting that Centre increased its daily allotment of oxygen from 300 metric tonnes to 800 metric tonnes, PTI reported.

Most parents reluctant to send children to school due to COVID fears...