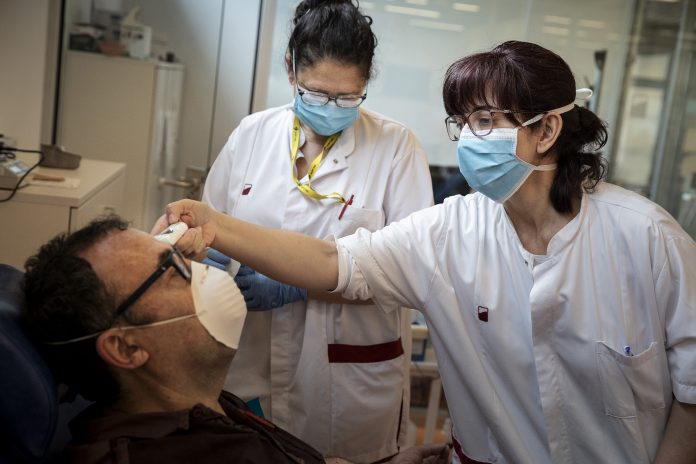 A record single-day rise of 2,61,500 coronavirus infections has taken India’s total tally of COVID-19 cases to 1,47,88,109, while active cases have surpassed the 18-lakh mark, according to Union Health Ministry data updated on Sunday (April 18), a day after prime minister Narendra Modi said the country will fight COVID with “even greater speed and coordination” than last year.

Active cases registering a steady increase for the 39th day, standing at 18,01,316, comprising 12.18 per cent of the total infections, while the national COVID-19 recovery rate has dropped to 86.62 per cent, the ministry said.

The prime minister held a review meeting on Saturday to take stock of the COVID situation in which he discussed “aspects relating to medicines, oxygen, ventilators and vaccination”. He said “the entire national capacity” should be utilised to increase vaccine production.

The number of people who have recuperated from the disease surged to 1,28,09,643, while the case fatality rate has further dropped to 1.20 per cent, the data stated.

These fresh fatalities also include 37 each from Rajasthan and Uttarakhand, 34 each from Bihar and West Bengal, 32 from Haryana, 30 from Jharkhand, and 27 from Kerala.

“Our figures are being reconciled with the Indian Council of Medical Research,” the ministry said on its website, adding that state-wise distribution of figures is subject to further verification and reconciliation.

During the review meeting, the prime minister said there is no substitute to testing, tracking and treatment. He said early testing and proper tracking were key to reduce mortality. He called for close coordination with states in handling the pandemic and  reviewed the status of supply of Remdesivir and other medicines.