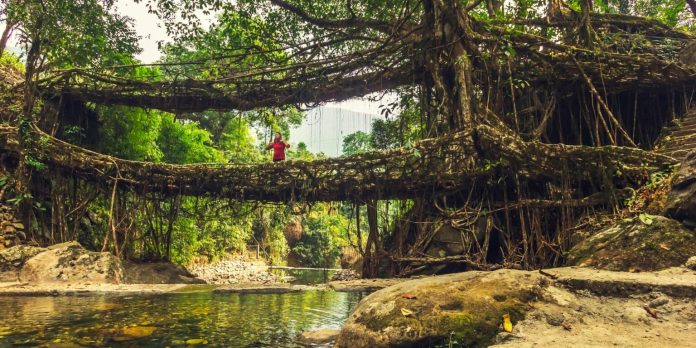 Though there has been a progressive decline in TPR in the N-E region, the authorities are worried about Meghalaya, which has been notching up 500 new cases in the past few days with a daily TPR of around 12 per cent -13 per cent.

With the exception of Meghalaya, COVID-19 cases in the north-eastern states have been showing a “progressive decline” in the test positivity rate (TPR), said the ministry of development of northeast region (DONER) on Saturday (July 3).

The second COVID wave had taken a huge toll in the region but since early June the states are showing an overall declining trend though some pockets continued to be cause for concern, said Jitendra Singh, minister of state for DONER, who had recently chaired the meeting of senior officials of all eight north-east states, including Sikkim, according to a report in Hindustan Times.

The minister’s announcement comes in the wake of the Centre dispatching an expert team to six states where COVID-19 cases were on the rise. Three of these six states were in the north-east.

Assam had reportedly seen a significant spike in COVID-19 cases in April shortly after the Assembly polls had ended with a high TPR rate of 8 to 9 per cent. The state was recording 3,500-4,000 new cases and around 80-90 deaths in May.

However, curfew and ban on inter-district movement since mid-May imposed by the state authorities had helped to bring down the numbers. Hence, by Saturday, the TPR had fallen to 1.77 per cent and the new cases too dropped to 2,375 new cases and 28 deaths.

Two districts in Assam continue to give trouble – Biswanath and Goalpara. Though, they are under total lockdown, COVID-cases have still not declined. New restrictions are expected to be announced this week to tackle the situation, said the HT report.

In Tripura, nine places including the capital city continue to be hotspots and the state extended curfews in these places. On Saturday, however 409 fresh cases and two deaths were recorded in the state. However, in June, Tripura had registered nearly 13,000 new infections and 153 deaths, with the TPR ranging between 2.66 per cent and 5.84 per cent.

Nagaland has begun unlocking this week as their cases fell but the weekly positivity rate of 7 per cent continues to be above the 5 per cent benchmark laid down for easing lockdown restrictions. In May, the state had recorded 7,704 cases, which scaled down to 3,558 positive cases in June.

However, on July 2, Nagaland reported the troubling presence of 93 Delta variant cases among positive samples collected in April and May. With 69 positive cases reported on Saturday, the state’s total caseload now stands at 25,451 including 1,253 active cases and 485 deaths recorded till date.

365 new cases were detected in Arunachal Pradesh on Saturday. No deaths have been reported so far. The state’s TPR stood at 7.27 per cent and there were 3,057 active cases at present.

The authorities are worried about Meghalaya, which has been notching up 500 new cases in the past few days with a daily TPR of around 12 per cent -13 per cent. However, compared to 18,883 cases in May, the state had 14,187 new cases in June.

Though Mizoram has administered over 600,000 vaccine doses (which accounts for half the state’s population of 1.1 million), 200 new cases daily have been recorded in the past few days. The TPR on Saturday was 6.75 per cent.