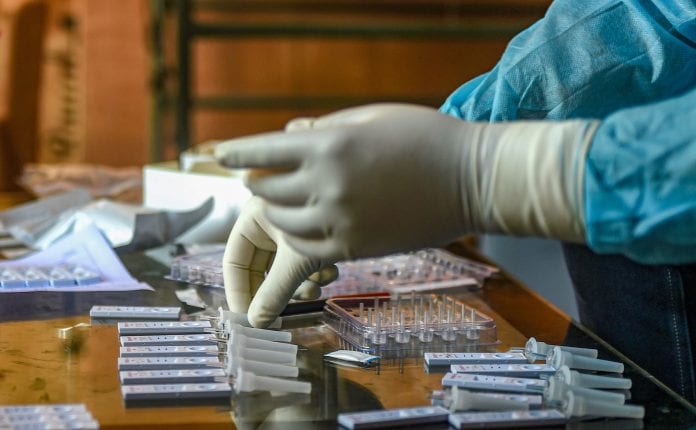 Antibodies produced against the novel coronavirus can be detected in the body seven months after an infection, a new study has revealed.

The antibodies increase rapidly in the first three weeks of infection and then fall later, a “classic pattern” in body response, the study published in the European Journal of Immunology said.

Researchers led by Marc Veldhoen of Portugal’s Instituto de Medicina Molecular (IMM) studied 300 patients having COVID and 198 who had recovered from the disease. They also looked at the antibody levels of 2,500 employees of the university.

They found that in about 90 per cent of those studied, the antibodies against the virus could be detected in the body up to seven months after the infection. They continue to be involved in the neutralisation activity for up to six months, the study said.

“Our immune system recognises the virus SARS-CoV-2 as harmful and produces antibodies in response to it, which helps to fight the virus,” Voldhoen said. “The results of this six months cross-sectional study show a classic pattern with a rapid increase of antibody levels within the first three weeks after COVID-19 symptoms and, as expected, a reduction to intermediate levels thereafter,” he said, reported PTI.

The antibodies produced depended only on the severity of the disease and age was not a factor. Also men produced more antibodies on an average than women “but levels equilibrate during the resolution phase and are similar between the sexes in the months after SARS-CoV-2 infection”, PTI reported.

The level of antibodies reduced after the initial three weeks, but “robust neutralisation activity” continued for up to seven months after infection.

“Our work… highlights a continued level of circulating neutralising antibodies in most people with confirmed SARS-CoV-2,” Veldhoen said, according to PTI.

The researchers said more study is needed to figure out for how long the antibodies sustain.