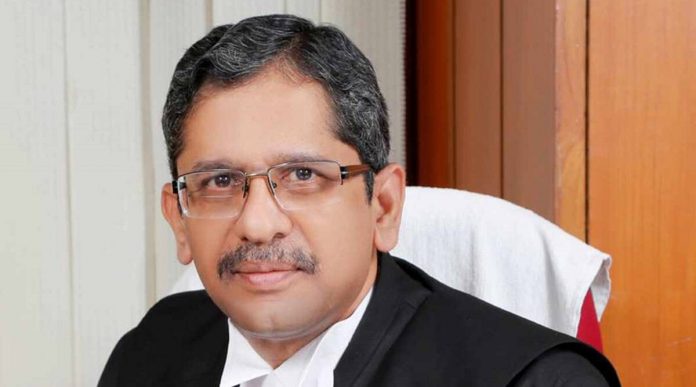 A school student from Kerala, Lidwina Joseph wrote to the CJI that she was happy and felt proud that his honourable court had moved orders for the supply of oxygen and saved many lives

A Class 5 student from Kerala has penned the most “beautiful letter” that tugs at the heart  to the Chief Justice of India, Justice N V Ramana thanking him for the Supreme Court’s intervention in obtaining oxygen supply during the COVID-19 pandemic. In effect, she has probably summed up what the nation feels at the moment.

In her handwritten letter to the CJI, Lidwina Joseph, a student of Kendriya Vidyalaya in Thrissur, wrote that she was “happy and proud” of the Supreme Court’s orders regarding oxygen supply in the country, especially in Delhi, Hindustan Times reported. Her letter evoked a response from the CJI himself, who wrote back to Joseph, stating that he was really “impressed” that she had kept track of happenings in the country and for her “concern for the well-being of people in the wake of the pandemic”.

“I am sure you will grow up into an alert, informed and responsible citizen who will contribute immensely towards nation-building,” he wrote, said media reports. He also acknowledged her “beautiful letter”, which was accompanied by a colourful, “heart-warming”  illustration of the Judge at work. 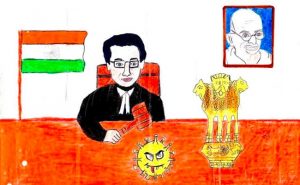 The illustration, with the CJI referred to, shows a judge smashing the coronavirus with a gavel against the backdrop of a photograph of Mahatma Gandhi and the Indian flag, while the national emblem, the lion capital prominently features in the forefront.

According to a PTI report, Lidwina Joseph wrote to the CJI that she was happy and felt proud that his honourable court had moved orders for the supply of oxygen and saved many lives. She had been “much worried” about the deaths at Delhi and other parts of the country, she wrote.

“I understood your honourable court has initiated effective steps in bringing down COVID-19 and death rate in our country especially in Delhi. I thank you your Honour for this. Now I feel very proud and happy,” she said in her letter. The CJI also sent Joseph a signed copy of the Constitution of India, as a token of appreciation.

The Supreme Court has been hearing suo moto cases on the management of the second wave of the pandemic since April. It has been pulling up the Centre over many issues concerning lack of oxygen supply and essential drugs to treat COVID-19 patients, the method and manner of vaccination and the power to declare lockdowns.

Most recently, the SC released a 32-page order asking some pertinent questions over the Centre’s vaccination policy, along with a direction to the Union government “to undertake a fresh review of its vaccination policy”. In this order, the SC had attacked the Centre’s vaccination policy on multiple fronts, especially on the differential pricing of vaccines for states/UTs, private hospitals and the Centre; the basis on which the Centre arrived at the pricing; for leaving the states/UTs high and dry to procure their own vaccines and the 18+ age group to vaccinate themselves after giving it free for other age groups.

The SC had asked the Centre to respond in two weeks. Meanwhile, the Centre has done a U-turn in its vaccination policy and has reverted to being the centralised agency to procure the vaccines and offer them free of cost to its citizens.