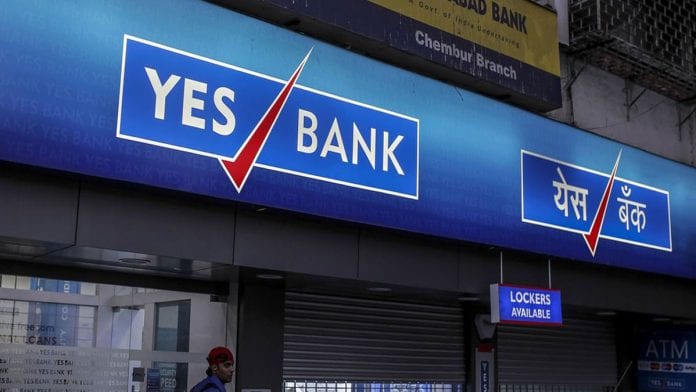 Yes Bank reported on Saturday (March 15) a staggering ₹18,654-crore loss for the December quarter due to higher recognition of dud assets on the books and erosion of capital buffers to the brink.

The gross non-performing assets shot-up to ₹40,709 crore or 18.87 per cent of assets as of December 31, 2019, up from the preceding September quarter’s ₹17,134 crore or 7.39 per cent, which forced the bank to set aside ₹24,765 crore as provisions for the expected reverses and eroded the bottom line.

The bank’s board was superseded by the government on March 5, and the RBI had appointed former chief financial officer of SBI, Prashant Kumar, as the administrator.

An inability to raise capital was cited as the primary reason for the actions, which also included it being put under a moratorium and a slew of restrictions, including capping of withdrawals at ₹50,000 per account for a month.

Kumar is set to be its chief executive and managing director and the bank reported its results late on Saturday evening after what seems to be a marathon day of meetings.

The bank’s woes primarily stem from alleged corporate governance lapses under co-founder chief executive Rana Kapoor, who was arrested last weekend by the Enforcement Directorate and was booked under a fresh case by the CBI on Friday (March 13).

Kapoor’s successor Ravneet Gill had chosen to report stress in the March 2019 quarter, leading for the maiden quarterly loss, and followed it up with two more quarters of weak results.

For the December quarter, the bank informed the exchanges that the common equity tier-I ratio had fallen to 0.6 per cent as against a mandated requirement of 7.375 per cent, and added that it had breached the liquidity ratios as well.

“These conditions, along with other matters, indicate that a material uncertainty exists that may cast significant doubt on the Banks ability to continue as a going concern,” its auditors wrote in a note.

The financial stress and the actions taken by the RBI may also have a bearing on depositor confidence and withdrawal behaviour will be “uncertain”, the auditors warned.

The bank disclosed that there had been an over ₹44,000-crore dip in its deposits between September and December to ₹1,65,000 crore, while there has been a sharp decline in interest earned, suggesting a dip in advances due to the lack of capital.

Meanwhile, on the vexed issue of the future of the additional tier-I bondholders, the auditors said the bonds could be utilised for improving its CET-1 capital buffers.

In the notes to accounts, the bank said slippages up to Saturday had been included in the results as against the normal practice of sticking to the end of the quarter date.

The bank had sought permission to defer its reporting of the financial results to Saturday when Gill was in the helm, pointing out to the difficulties it posed to the capital raising exercise, which never materialised.

Under Kumar, it went ahead with the plan to disclose numbers and the administrator has also said that the numbers for the December quarter would reveal the true extent of the stress present on the books.

In quick time, the RBI had mooted an SBI-led reconstruction plan, which focuses on raising nearly ₹11,000 crore in capital with help from Yes Banks private sector peers.

“The Bank’s Administrator has made an assessment of its ability to continue as a going concern and is satisfied that the proposed capital infusion and the bank’s strong customer base and branch network will enable the bank to continue its business for the foreseeable future,” it said in the notes to accounts.

Inflation slows to 16-month low of 4.06 per cent in January

India may ban all cryptocurrency and have an official one of its own...