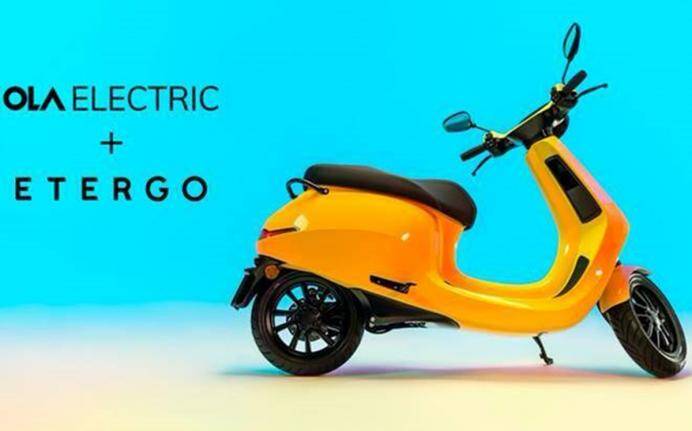 The scooter meets Industry 4.0 standards and will have an installed capacity of 10 million electric scooters per annum.

Ola Electric has received over 1 lakh reservations for its first electric scooter in less than 24 hours since pre-bookings opened, CEO Bhavish Aggarwal said on Saturday (July 17).

“India’s EV revolution is off to an explosive start. Huge thanks to the 100,000+ revolutionaries who’ve joined us and reserved their scooter,” Bhavish Aggarwal said on Twitter.

The scooter, being manufactured at a plant in Tamil Nadu, meets Industry 4.0 standards and will have an installed capacity of 10 million electric scooters per annum. The plant will have 10 general assembly lines and will be able to roll out a scooter every two seconds, and 25,000 batteries per day, media reports said.

The company had announced the opening of bookings on July 15 at a token amount of ₹ 499 on its official website.

The new Ola electric scooter is expected to go on sale in the country later this month. The company has claimed that the scooter will get best-in-class boot space as well. The new scooter will also get an app-based key for a keyless experience.

Between January and June 2021, the total sales of electric two-wheelers in India stood at 30,000 units. The company says it continues to receive unprecedented demand for the scooter.

“I am thrilled by the tremendous response from customers across India for our first electric vehicle. The unprecedented demand is a clear indicator of shifting consumer preferences to EVs. This is a huge step forward in our mission to transition the world to sustainable mobility. I thank all the consumers who have booked the Ola Scooter and have joined the EV revolution. This is only the beginning,” Bhavish said.

Customers, who reserve their Ola electric scooter now, will get priority when the deliveries of the scooters begin. The Ola electric scooter is likely to have a range of 100-150 km and get features like removable Lithium-ion battery, digital instrument console, cloud connectivity, alloy wheels and telescopic suspension upfront.

The e-scooter will feature a twin-pod LED headlamp with an LED strip running around it and alloy wheels. Ola also claims its upcoming e scooter will offer the largest boot space in the segment.

Charge as you go: India may get its first ‘electric road’ next year