The wait of all Tesla fans in India could be nearing an end. The models from the stables of the US electric carmaker could be available in India from next year, the company’s chief executive office Elon Musk indicated.

In response to a message posted from a Twitter handle ‘Tesla Club India’ saying ‘India wants Tesla’, Musk said, “Next year for sure.”

The post by Tesla Club India that accompanied images of T-shirts with the message said, “Hey Elon, just thought we’d put this out here. We wait and hang on to hope wrt “hopefully soon” for India Tesla entry. Would love to hear of any progress in this regard.”

Tesla is the manufacturer of the popular Model S, Model X, Model 3 and Model Y electric vehicles. It has manufacturing facilities in the US, Europe and China. The China factory in Shanghai started delivering vehicles last December. 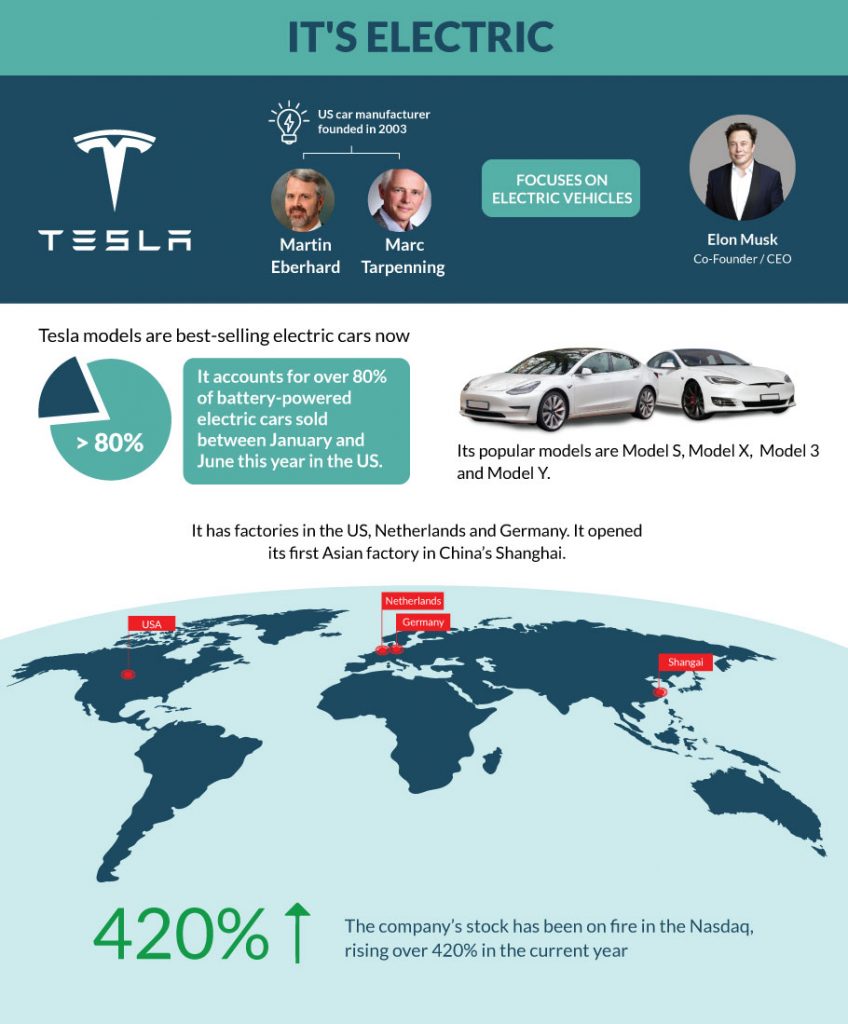 Musk’s statement must bring cheer to many customers who are waiting for delivery of their Tesla bookings made as far back as four years ago.

That, however, seems unlikely now. 2021 may be the year Tesla finally enters India. Earlier this year there were reports that Tesla was planning a research and development centre in India. The news came amid the push from the Centre for electric vehicles.

Tesla’s shares were on a tear since the beginning of this year, rising by over 420%. It became world’s most valuable carmaker by market capitalisation on July 1, when it overtook Toyota Motors.

It was among the very few companies not affected much by the coronavirus pandemic, reporting a profit in the second quarter ending June, its fourth straight quarter of profit.