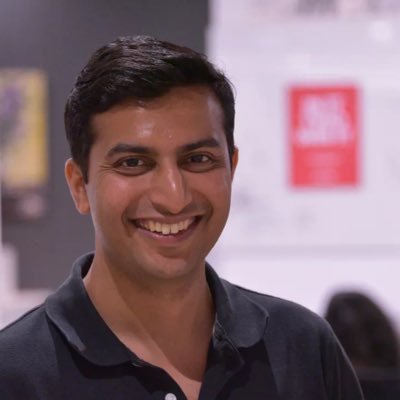 In a significant development in India’s vibrant start-up world, Zomato co-founder Gaurav Gupta has exited the food tech platform after an eventful six year stint in the company, in which he had risen rapidly to become the Chief Operating Officer (COO) and then co-founder a year later.

The news of his resignation from the company, which Gupta had joined in 2015, was released on the company’s blogpost on Tuesday (September 14).

Media reports said that Gupta or popularly known as GG wrote in an internal mail that he was taking a “new turn” in his life and will be starting off on a new chapter. However, he added that he will be taking a lot from this defining chapter of his life – the last 6 years at Zomato.

“We have a great team now to take Zomato forward and it’s time for me to take an alternate path in my journey. I am very emotional as I write this and don’t think any words can do justice to how I am feeling right now,” he wrote, said a NDTV report.

Gupta, who holds an MBA from IIM Calcutta, has been instrumental in the food delivery’s landmark initial public offering (IPO) earlier this year,  and building many businesses in Zomato like dining out, zomato pro, advertising, sales, and table reservations.

Also read: Why Zomato is in a soup over its celebrity ads

Meanwhile, Zomato founder Deepinder Goyal too thanked his good friend Gaurav Gupta for the last 6 years that have been “amazing” and that they had come very far. “There’s so much of our journey still ahead of us, and I am thankful that we have a great team and leadership to carry us forward,” he said.

Before joining Zomato, Gupta worked with A T Kearney Limited for over 10 years.

Gupta’s resignation comes a day after Zomato decided to wrap up its grocery delivery service from September 17, largely due to their inability to meet order fulfillments, which eventually caused poor customer experience. Zomato has decided that they are better off banking on their $100 million investment in Grofers to generate better outcomes for its shareholders than grapple with the grocery delivery business on their own. This is the second time Zomato has exited from the segment, said media reports.