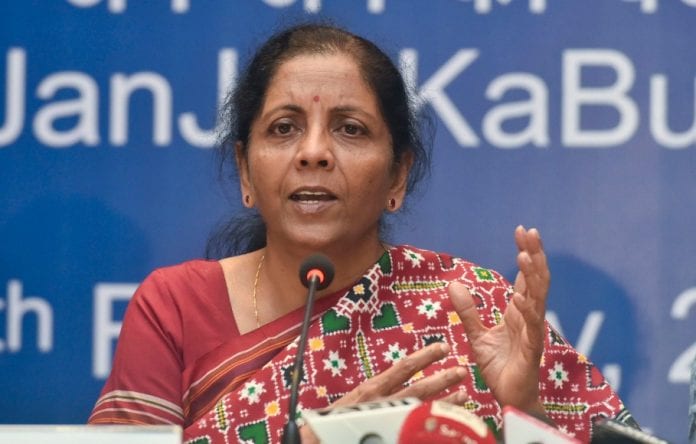 The central government is looking to simplify the income tax regime and seeking ways to decriminalise tax laws in the country, Finance Minister Nirmala Sitharaman said on Friday (February 7). The minister was speaking at a media conference in Mumbai on Budget 2020-21 after she interacted with policy makers and industry representatives.

“We are coming up with steps to simplify the tax regime. We have shown our intent to move towards a simplified tax regime and corporate tax simplification and reduction is a move towards that. The taxpayer charter (as announced in the Budget) is based on trust that should be there between the taxation regime and taxpayers,” she was quoted as saying by Livemint.

On the issue of decriminalising tax laws, she said, “We started it off with Companies Act earlier and now we are also looking at the Income Tax Act, in this regard. We want to make it so that for civil offences the punishment is not for criminal offences.” Sitharaman said at a press conference in Mumbai on Friday.

The government introduced new tax slabs with reduced rates for an annual income of up to ₹15 lakh for those foregoing exemptions and deductions under a simplified tax regime. The new income tax system is optional and a taxpayer can choose to remain in the existing regime with exemptions and deductions. Those earning up to Rs 5 lakh will not pay any tax either in the old regime or in the new regime.

Meanwhile, Revenue Secretary Ajay Bhushan Pandey said the finance ministry expects at least 80 per cent of the taxpayers to move to the new income tax regime. He said the government conducted an analysis of 5.78 crore taxpayers before the budget and found 69 per cent of them would save on tax payouts under the new system, while 11 per cent were found to be favouring the old regime.

Related news: Salaried can switch between old, new tax regimes more than once

Of the remaining 20 per cent taxpayers, there will be people who want to avoid the hassle of paperwork and may wish to switch over to the new regime, he said. The government was in a “catch-22” situation because it wanted to lower tax outgoes for the people and ensure that it eases the process of tax, but did not want to disturb the system due to which it made a beginning by giving people options, he said.

He noted that corporates were also given similar option when the taxes were reduced in September, and that 90 per cent of corporates have embraced the exemption-free approach for lower tax rate now. “A large majority of people will find the new regime advantageous,” Pandey said.