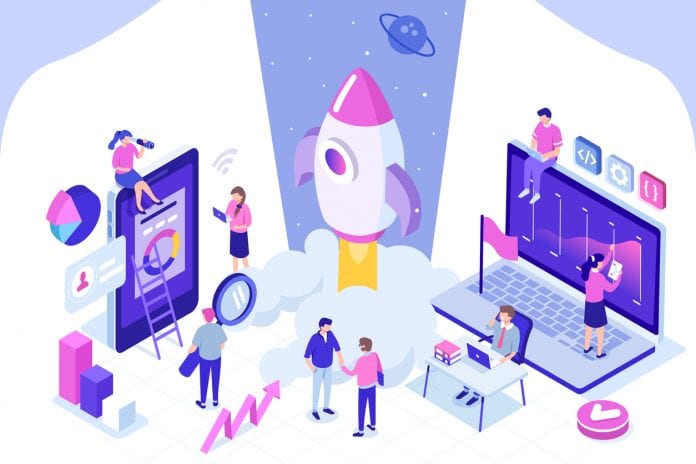 In the first half of 2021, Indian startups are estimated to have received $12 billion in about 382 deals, marking the highest in the last five years, according to Venture Intelligence, a data analytics firm that tracks startup investments. It’s about 92 per cent of the funds raised for the whole of 2019 ($13 billion). Edtech, healthcare, foodtech, fintech and e-commerce companies remained on the top list of investors’ choice. 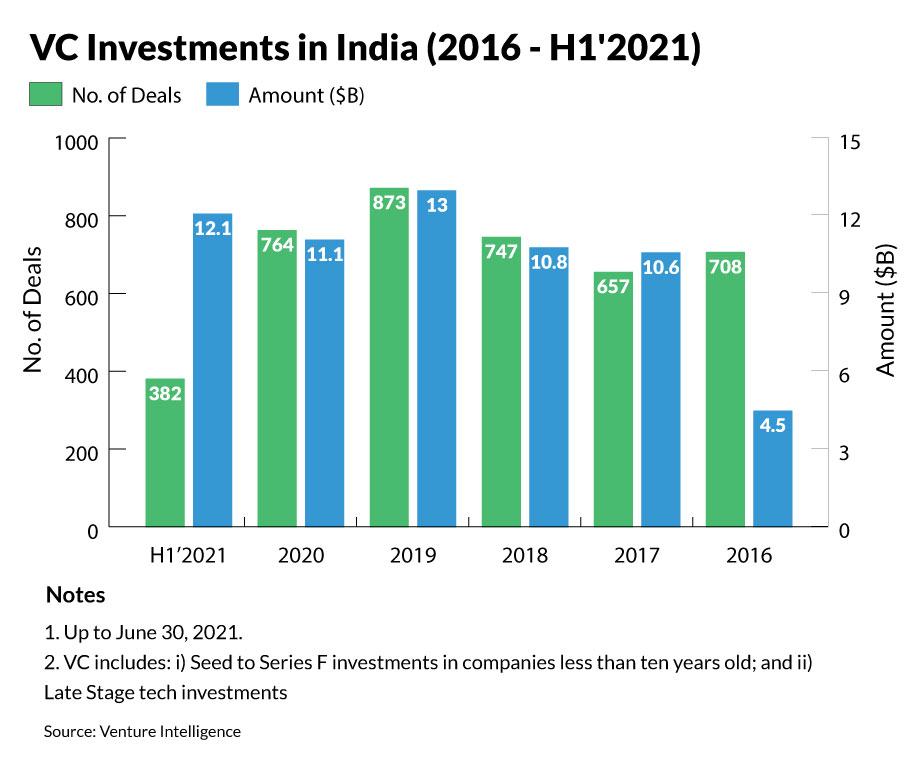 Top-10 companies Byjus, Swiggy, Zomato, Sharechat, Dream11 and five others garnered about $5 billion of the total $12 billion. Also, healthcare companies like 1mg and Pharmeasy, drone startups like Ideaforge and Skylark Drones attracted funds this year with a bet on developments in their respective sectors.

Analysts opine that a combination of factors like high liquidity available in the markets, the digital push to get consumers online and a series of IPO announcements from leading startups have resulted in startups garnering more funds this year.

“The key hurdle or barrier that needed for the start-up system to fulfil its promise has been to move customers from interaction to transaction. This barrier has considerably reduced in the past year as people stayed home and ramped up their usage of online platforms to meet their needs,” said Ankur Pahwa, EY India’s e-commerce and consumer internet leader.

He said the record level of investments are a testament to the paradigm shift and impact these new-age companies can create at the grass-roots level.

“It’s a combination of high liquidity available in the markets in general after the stimulus initiatives announced by the Federal Reserve and other central banks, and the promise of the Indian internet market,” said Mrigank Gutgutia, associate partner at RedSeer Consulting.

In 2020, the economic downturn, the COVID-19 stress and strict Foreign Direct Investment (FDI) regulations, clubbed with India-China border tensions, led to a less vibrant investment scenario compared to other years. Investors had taken a cautious approach, and also Chinese investors who played a crucial role by making strategic investments in some of the leading startups in the country, had to halt their plans.

Compared to the first half of 2019, the number of companies funded during the same period in 2020 dropped by 40 per cent and the net amount invested dropped by 20 per cent, as per the data provided to The Federal by Venture Intelligence.

But India remains a go-to-market for many of the investors due to the country’s sheer market size. The digitisation push in the wake of the pandemic showcases the country’s potential for technology-led businesses. As the start-up investment ecosystem in India evolved over the years, angel investors and global players to  sovereign funds and entrepreneurs turned investors are wanting to be part of the next big market.

“There is growing confidence in India’s startup story, especially with many startups giving big exits to investors. This makes the road ahead comparatively easier for the emerging startups and the overall ecosystem,” Gutgutia said.

Startups are seeing greater participation from both India-based and overseas investors. And the recent IPO announcement by market leaders like Zomato, Paytm and Mobikwik has ushered investors’ confidence in the digital ecosystem as it provides an attractive exit mechanism to existing stakeholders.

Also see: Zomato IPO: What’s on the menu? Should you take a bite?

For instance, online food delivery platform Zomato, which put out its IPO on July 14, witnessed its issue get subscribed 16 times on the final day of the IPO, according to the data available on the BSE. Once listed, the firm is likely to see its key investors Sequoia and Mirae-Naver out.

“IPO milestones from all these companies prove the point that startups in India can go through the full evolution cycle. It also provides the much-needed liquidity to early-stage investors, employees,” Gutgutia said.  Besides, the move will also enable smaller startups to attract funding more easily from the investors, he added.

The company has committed an investment of ₹1,591 crore ($219 million) in BigBasket, of which the e-grocer has received ₹1,116 crore (about $154 million), according to a Mint report. Similarly, when the company invested for a majority stake in healthcare startup 1mg, its investors Sequoia Capital India and Omidyar Network India are said to be exiting the firm.

Redseer Consulting estimates that by 2030, the $90 billion consumer internet market in India will grow 9x to reach $800 billion in gross merchandise value. “Clearly global investors would like to be part of this massive growth story – especially since other larger internet markets like China are reaching saturation levels to some extent,” Gutgutia said.