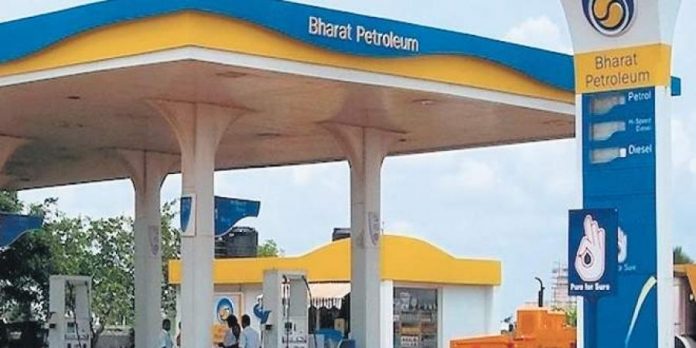 BPCL reported a net profit of ₹ 11,940 crore in the March quarter, including one-time gain of ₹ 6,993 crore. -- Representative Photo

The shares of Bharat Petroleum Corporation Ltd on Thursday hit a 52-week high of ₹ 488 apiece after rising 3 per cent in morning trade. This came a day after the company reported strong results for the quarter ended March 31 (Q4FY21).

In the afternoon deals, BPCL stock declined from day’s high and was trading half a per cent higher. So far in the session, 15.54 lakh shares have traded on BSE, while a total of 3.51 crore shares have exchanged hands on NSE.

BPCL alone accounts for 18%/25%/23% of petroleum product pipeline/marketing depots/fuel retail outlets and provides a lucrative entry point for any prospective buyer. With a market share of 22% in Indian petrol and diesel sales, it can excite any strategic investor, interested to cash in on the Indian growth story.

Also read: BPCL to put ‘suitors’ in clean data room. So, what do they get there?

According to SEBI norms, a change in management control of BPCL would not only necessitate an open offer to buy further shares from retail shareholders in BPCL but also in companies promoted by BPCL.

This would require the successful buyer of BPCL to spend huge additional money for the acquisition, which could impact the valuation of BPCL, a scenario the government is looking to avert.

In a note on the company’s results, ICICI Securities said fuel demand reached near normal levels in Q4FY21, indicating that this was one of the reasons behind the company’s strong performance.

However, citing second Covid wave and the accompanying restrictions, brokerage experts say it would affect fuel demand in the current quarter. This means the profitability of BPCL and other oil companies would be affected in the first quarter of FY22.

“Improvement in GRMs and further recovery in fuel demand will be important for BPCL’s profitability in the near term. The progress on divestment and response by potential bidders will be the key monitorable for the stock price performance,” ICICI Securities said.