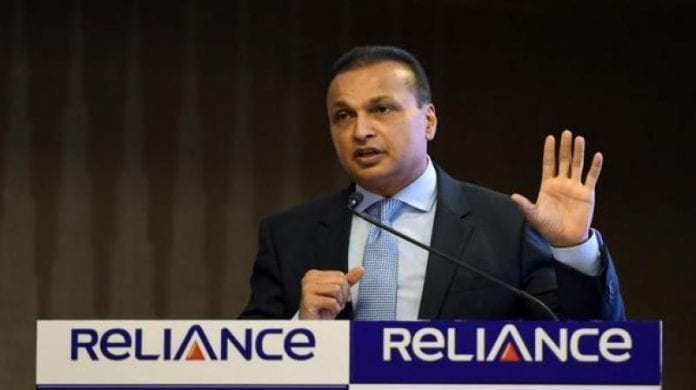 Bharti Airtel, Reliance Industries and three others are likely to bid for the assets of debt-ridden Reliance Communications on Monday (November 24), according to sources close to the development.

The last date to submit bids will end on Monday and RCom (Reliance Communications) committee of creditors will also meet on the same day to open bids.

According to the sources, five bidders are expected to submit bids for RCOM assets on Monday. Reliance Industries will submit its bid through its subsidiary.

Bharti Airtel, which has withdrawn its earlier bid after the CoC granted 10 days extension for the submission of bids, will be putting in a fresh bid, the source said.

“All the bidders will be submitting separate bids for RCom, RTL and RTIL. There will be minimum nine bids from four bidders,” another source said. UVARCL had earlier bid for Aircel assets.

RComs secured debt is estimated to be around ₹33,000 crore. Lenders have submitted claims of around ₹49,000 crore in August. As per NCLT order, resolution professional (RP) has to complete the process by 10 January, 20 20.

RCom in the past had tried to sell assets to various companies, including Reliance Jio, to clear debt but the deals did not crystallise. Reliance Jio cancelled agreement to buy RCom assets, including spectrum, as it did not want to bear the past liabilities of the debt-ridden firm.

Later, the insolvency proceedings against RCom started on a plea filed by Swedish telecom gear maker Ericsson after the company failed to clear its dues.

RCom Chairman Anil Ambani has tendered his resignation after the company posted a consolidated loss of ₹30,142 crore for July-September 2019 due to provisioning for liabilities after the Supreme Court ruling on statutory dues.

This was the second-highest loss posted by any Indian corporate till date. The CoC has, however, rejected Ambanis resignation and asked to cooperate in insolvency proceedings.