The country is waiting eagerly for Union Finance Minister Nirmala Sitharaman to unveil the Union Budget, expected to boost revival of the pandemic-hit markets, on February 1. The budget, coming amid an ongoing nationwide vaccination drive, will be the first in India’s history to be paperless, in perhaps another “new normal” the nation is getting accustomed to. Likewise, here are a few other interesting facts about India’s budgets:

First Colonial Budget: The first ever Indian budget during its colonial era was presented by Scottish economist and politician James Wilson in 1860, two years after the transfer of Indian administration from East-India Company to British Crown.

First Indian Budget: The first (Provisional) Budget of independent India was presented on November 26, 1947 by the country’s Finance Minister RK Shanmukham Chetti. The revised budget was presented in March 1948. Total revenues stood at ₹171 crore at that time.

First PM to present Budget: India’s first prime minister Jawaharlal Nehru was also the first in the top post to present the Budget when he held the finance portfolio in 1958-59.

Inclusion of Hindi: The budget used to be published only in English until 1955. Later, from 1955-56, the government started to publish it in Hindi as well.

Maximum budgets by a minister: Former prime minister Moraraji Desai holds the record of presenting the most number of budgets in the history of the country. He had presented 10 budgets during his stint as finance minister during 1962-69, followed by P Chidambaram (9), Pranab Mukherjee (8), Yashwant Sinha (8), and Manmohan Singh (6).

Black Budget: In 1973-74, former finance minister Yashwantrao Chavan presented the budget with a fiscal deficit of about ₹550 crore, the maximum until that time. It was then termed as ‘Black Budget’. It followed the India-Pakistan war in 1971 and failed monsoon season.

The Epochal Budget: The 1991 budget by Manmohan Singh is known as the Epochal (or historically significant) budget as it marked the beginning of economic liberalisation in India. PV Narasimha Rao was then the prime minister of India.

Dream Budget: Finance minister P Chidambaram in 1997-98 presented what is known as the Dream Budget of India. He lowered tax slabs of personal income tax as well corporate taxes which won the hearts of the common people. Also, the IT sector got a boost in this budget.

Merger of budgets and change in dates: Until 2017, there used to be two different budgets — Indian Budget and a separate Railway Budget. The Modi government merged these two in 2017 and changed the date of budget presentation to February 1 from March 1. Arun Jaitely was the first finance minister to present the merged budget on new date of presentation.

Change in time: Until 2000, the budget was presented at 5 pm on the last working day of February. In 2001, former finance minister Yashwant Sinha changed it to 11 am.

Bahi Khata instead of briefcase: As the first full-time finance minister, Sitharaman had made a significant shift in 2019 by starting the custom of carrying budget documents in a “Bahi Khata” (traditional red cloth) instead of briefcase. This was termed as an apparent shift from the “British hangover.”

Printing of Budget: The budget used to be printed at the Rashtrapati Bhavan until 1950, when it got leaked. The government was then forced to move budget printing to a press at Minto Road in New Delhi. Later, the printing venue was shifted to a government press in the North Block in 1980.

Paperless: In a first in India’s history, the Budget will be entirely paperless this time, i.e. it won’t be printed and all MPs and government officials will have to use soft copies through the official website. Even the Economic Survey, released last Friday, was entirely paperless. 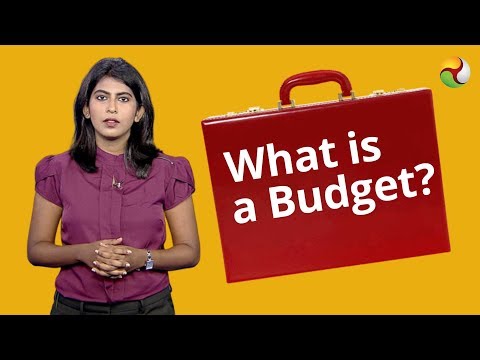