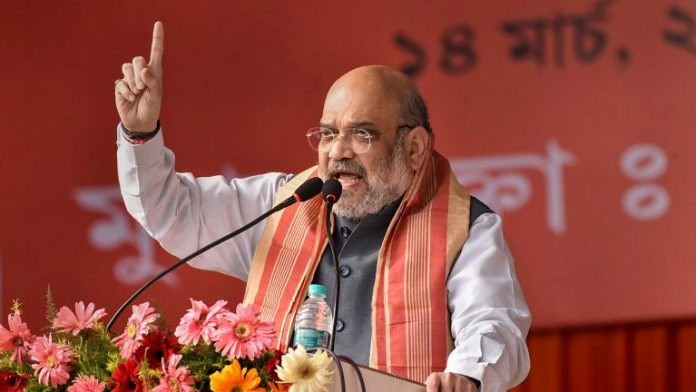 Home Minister Amit Shah at an election rally in Assam

The BJP-led National Democratic Alliance (NDA) is likely to retain power in Assam, according to NDTV’s poll of exit polls, an aggregate of exit polls. The BJP is expected to win 72 of 126 seats, the Congress 53.

The India Today-Axis My India exit poll has predicted 75-85 seats for the NDA. The Congress alliance is likely to win 40-50, it says.

The Manorama News-VMR exit poll has also predicted the same numbers of seats for the two alliances.

The Republic TV-CNX exit poll predict the BJP and its allies would win 74-84 seats, whereas the Congress alliance will win 40-50.

The majority mark in Assam is 64. The election results will be declared on May 2.

The ABP News-C Voter poll predicts a neck-and-neck contest. It predicts 58-71 seats for the NDA, and 53-66 for the Congress alliance.

Assam voted in three phases on March 27, April 1 and April 6.

In the 2016 Assembly elections, the BJP-led National Democratic Alliance had won 86 seats.

BJP to ‘accommodate’ disgruntled UP leaders in corporations and boar...

Even Ambedkar would have been slandered as pro-Pakistan by BJP: Mehb...