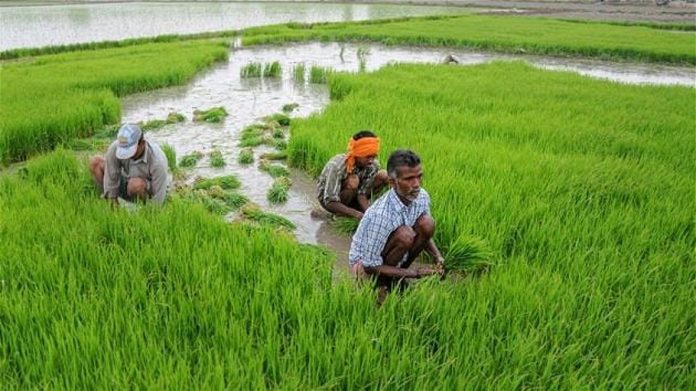 Indebted households in India reported higher levels of debt between the two rounds of the national sample survey conducted six years apart, with urban indebted families reporting an average debt of ₹5.37 lakh at the end of June 2018, against ₹3.78 lakh in 2012.

The debt of indebted rural households rose from ₹1.03 lakh to ₹1.71 lakh between these two dates. It may have been higher or lower in the intervening period.

Families in debt were 22% of rural households, unchanged from the last time, while those in urban areas increased by 4% points to 35%.

Agricultural households are those which report their principal source of income to be from crop cultivation or farming of animals and at least one member of the family is engaged in agriculture during the previous 365 days and the household gets at least ₹4,000 more a year from agricultural activities.

Agricultural households reported their average monthly income in 2018-19 was ₹8,337. Of this, 42% came from crop production and farming of animals. In other words, more than half of their income came from wages, leasing out of land and non-farm activities.

Assets were more than liabilities for both rural and urban households, but the share of liquid assets, like shares and bank deposits, was a fraction of the total.

Rural households on average had 4.5% of their total assets as bank deposits. Among urban households, it was 9.2%, with a sliver in the form of shares. The rest was in bank deposits. At end June 2012, liquid financial assets like deposits and loan receivables were less than 2% of the total in rural areas and 5% in urban areas.

The gap between rural and urban households in terms of value of assets owned has narrowed between the two rounds. In 2012, urban household held assets worth 123% more than those owned by rural households. In the latest survey, whose results were published earlier this month, the difference in asset values was 70%.

In 2012, a rural household held assets worth ₹10.07 lakh. These rose by 58% to 15.92 lakh in 2019. The average urban household’s asset value has grown by 18% during this time to ₹27 lakh. The asset prices have not been adjusted for inflation, so one cannot say in real terms how better off they are.

Also read: Expanding land under oil palm apt, but not at the cost of environment

In urban areas, indebted self-employed households had 35% more debt than the others. At least 31% of rural households and 22% of urban households were indebted.

Among states, assets owned by Haryana’s rural households were worth nearly three times the all-India average, reflecting the value of land on account of its productivity and well as proximity to cities. Punjab came close, followed by Karnataka and Uttar Pradesh, whose average worth was a little more than the national average. Fifth in the list was Telangana.

Among urban households, the assets owned by those in Maharashtra were worth 1.5 times the national average, followed by those in Kerala, Haryana, Gujarat and Uttar Pradesh.

While almost all rural households owned assets, the average value of assets held by scheduled castes (₹1.3 lakh), scheduled tribes (₹1.89 lakh) and Other Backward Castes (₹2.12 lakh) was much lower than that held by upper castes (₹4.05 lakh) in urban areas. This was the case in rural areas as well, except that the assets were worth much less.

When surveyed in 2012, the lowest 10% of rural household had on average assets worth ₹25,071. Their urban peers had nothing by way of assets—just ₹291, perhaps because durables are not considered assets for the purpose of the survey.

Bullion, gold and silver ornaments and commodities held in stock are not considered assets for the purpose of the survey as their value cannot be determined accurately. Land and buildings, farm and transport equipment, and wholly owned household enterprises were considered to be assets.