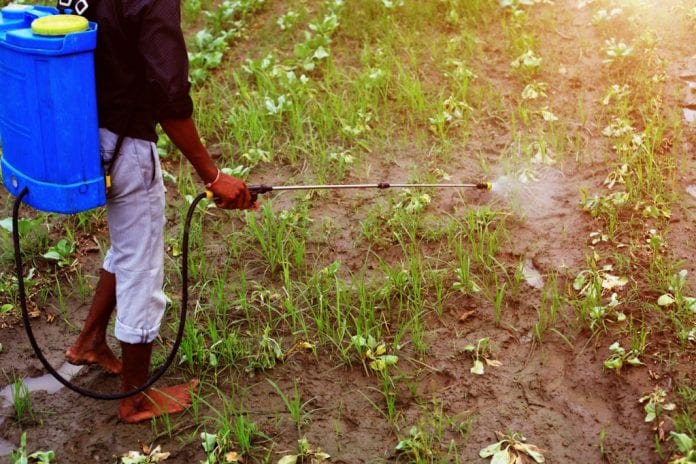 The Supreme Court (SC) on July 5 questioned the Kerala government about the delay in disbursing compensation to victims of Endosulfan pesticide use. The state government had declared compensation for the victims in Kasargode district, but has been silent about the plight of those in Palakkad.

According to the government, 188 people were listed as Endosulfan victims at Kollencode and Muthalamada panchayats in Mannarkkade Taluk of Palakkad district. However, till date, they have not got any relief from the government towards medical and educational assistance. Unlike Kasargode, which witnessed several protests to highlight the plight of the Endosulfan victims, Palakkad remained a mute spectator to the pesticide-induced suffering.

The issue dates back to 1978, when Endosulfan pesticide was sprayed on cashew plantations in Kasargode by Plantation Corporation of Kerala Ltd (PCKL), not knowing its adverse impact.

Sprayed thrice a year on cashew plantations, the Endosulfan pesticide resulted in stunted growth and deformed limbs in new-borns in 1979. However it was only after 16 years of Endosulfan spraying that a local medical practitioner, Dr Mohan Kumar first noticed mental health and congenital anomalies among people of the area in 1994.

Exposure to the pesticide caused neuro-behavioural disorders, congenital malformations in girls and abnormalities of the reproductive tract in males, besides cancer and gynaecological abnormalities. In 1994, Dr Mohan wrote in the Indian Medical Association journal that specialists should study the ill effects of Endosulfan. However, the medical-scientific community and the state government ignored this sage suggestion.

In 1998, Leelakumari Amma of Periya Grama Panchayat, suffered harmful effects of the pesticide when she along with both her children lost their voice and had hormonal issues. She then moved the sub-court in Kasargode which then banned the pesticide in Periya Grama Panchayat which was the first shot fired in the campaign against Endosulfan. In 2011, the Kerala High Court banned the sale and use of life-threatening pesticides and the state government adhered to the court verdict.

In 2011, the Kerala government conducted ‘Operation Blossom Spring’ to dispose the toxic Endosulfan at the PCKL facility in Kasargode. For instance, six barrels of expired Endosulfan stock were transferred to UN-certified high density polyethylene drums for safe packing. Samples of the pesticide were sent to Hindustan Insecticides Limited (HIL) and state pollution control board for analysis.

Following the ban in 2011, the PCKL collected the pesticide and stored it at Palakkad. After three years, the pesticide leaked out of the barrels and flowed into adjoining areas. In October 2014, the state owned PCKL kept the banned Endosulfan pesticide in iron barrels in a storage facility at its Mannarkkad plantations. As a result, PCKL employees and local residents inhaled the polluted air and developed respiratory issues. The local people then reported the matter to Dr Mohammad Asheel, the nodal officer of the Endosulfan cell Kerala government. The government assured residents that they would remove the barrels by December 2014 but have not done so till date.

Prolonged use of Endosulfan for 23 years from 1978 to 2011 at Kasargode adversely affected various animals and birds, including cows, goats and chicken, besides some birds and squirrels and frogs, which are no longer seen in the area. Earthworms and other insects also are not visible. Use of the pesticide disturbed the flora and fauna of Kasargode.

The US Environmental Protection Agency has stated that exposure to Endosulfan can result in both acute and chronic risks in terrestrial and aquatic environments. The permissible limit of Endosulfan in drinking water is 0.4 lg/L according to Bureau of Indian Standards. The increased consumption of pesticide for pest control and crop diseases has damaged the ecosystem.

In 2011, the UN-organised Stockholm Convention banned the production, sale and use of Endosulfan. Representatives of 127 governments agreed to add Endosulfan to the UN list of highly toxic and persistent organic pollutants to be eliminated from the globe. Today, 93 governments have banned the use of the dreaded pesticide in their countries.

Despite the magnitude of the problem, the Kerala government has failed to act and decontaminate the existing water sources or arrange alternate water supply from rainwater harvesting. The sources of several existing water supply schemes are contaminated. The government has acknowledged the pollution problem only due to persistent protests of people. But why it attempted to address the issue of Kasargode victims but ignore the 188 Palakkad people remains a mystery.

(The writer is an MPhil scholar with the Department of Media Studies, Christ Deemed University, Bengaluru, who specializes on Environmental Communication)