As India completes a long period of lockdown because of COVID-19, The Federal revisits the biggest story of our times and tries to make sense of the surreal events that have unfolded around us since March. We look at how life has unfolded in a pandemic, what it has told us about ourselves, our country, society, religion and government, and what can we expect from a post-COVID world, if it exists. Today, we look at how the crisis would change the map of businesses in India, putting some of them deep in red zones of danger.

COVID-19 has divided businesses in 3 zones, some are deep in red 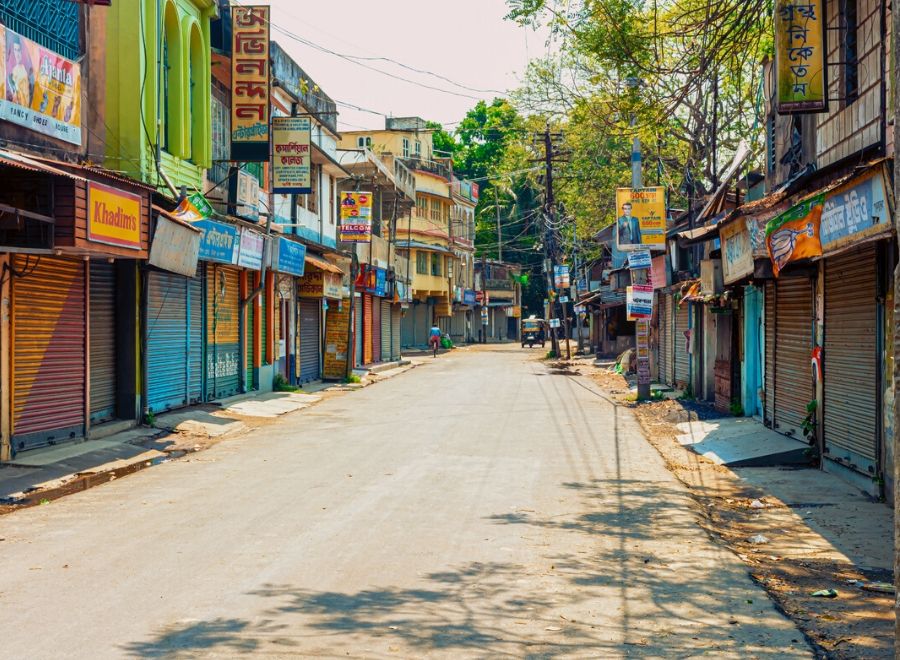 As the real impact of the crisis becomes clearer, many enterprises would find the ground beneath them has changed—for better or worse—and they need to adapt to the new milieu. Photo: iStock (Representational)

The coronavirus crisis is bringing about sweeping changes in the global economy and businesses. Wary of dependent on imports in the future, many countries are redrawing their supply chains, thinking of new ways to become self-reliant—atmanirbhar, as India calls it—and investing in local enterprises. Simultaneously, traditional businesses that relied on human contact, mass gatherings and a large workforce are being replaced by technology-driven, less-contact innovations. The mantra, at the moment, is this: if you can’t do it online, you are soon going to be out of business.

How will this new way of doing businesses impact India? What have we learnt about the future of our economy during these 50 days of lockdown? In accordance with the discourse in vogue, let us do some crystal-gazing by dividing our businesses into three zones—Red, Orange and Green—to understand which ones are in danger, which ones are delicately balanced and which ones are safe, ready to thrive in a post-corona world.

This is, of course, an evolving situation. Businesses are still trying to figure out. As the real impact of the crisis becomes clearer, many enterprises would find the ground beneath them has changed—for better or worse—and they need to adapt to the new milieu. Those who do it at a rapid pace, the ones who evolve at the speed of change would be the ultimate survivors of the pandemic.

I The Red Zone

Even as the pandemic was unravelling, global and local travel restrictions were being enforced, the first to bear the brunt of the pandemic were vulnerable industries such as manufacturing, travel, tourism and hospitality. Their future still looks bleak.

Pure-play internet companies and even real-world business that depended on advertisement revenues were next to be shaken by the pandemic. Newspapers in India which had delivered the news to various homes even during times of floods and earthquakes were for the first time facing being shunned, primarily because of fear of transmission.

This led to massive job cuts and scaling down of operations. Traditionally, the January-June period is one of the peak seasons for newspapers. Advertising from gold sellers, travel and tourism industry, educational institutes, and FMCG players continue to flow at a steady rate after March. But, as an employee of a leading newspaper told the Federal, most advertisers cut their budgets to zero, leading to 80-90 per cent cut in revenues. In an environment of migration to digital platforms, it is risky to predict how newspapers would fare in the future.

India’s is the world’s seventh-largest tourism economy in terms of GDP. The World Travel and Tourism Council calculated that tourism generated ₹16.91 lakh crore (US$240 billion) or 9.2 per cent of India's GDP in 2018 and supported 42.673 million jobs, 8.1 per cent of its total employment. Closure of tourism, travel and hospitality companies has a domino effect on the economy.

This, in turn, affects many people, typically the least well-paid and those self-employed or working in informal environments in the gig economy. Some governments have announced economic measures to safeguard jobs, guarantee wages and support the self-employed, but there is a lack of clarity in many countries about how these measures will be implemented and how people will manage a loss of income in the short-term.

As a result, airlines, hotels and travel agencies have been badly affected. Poster boys of this industry such as digital travel aggregators Makemytrip, Goibibo and RedBus are staring at an uncertain future. Their business has tanked due to fall in bookings and cancellation of flights and hotels. A similar fate has fallen upon online taxi aggregators like Uber and Ola which have been off-road for the last 50 days. They are unlikely to recover at a rapid pace in an environment of fear and dread of travel and public transport.

According to a report based on National Sample Survey and Periodic Labour Force Surveys data, over 136 million jobs are at immediate risk globally. Gadgets 360 reviewed crowd-sourced data of over 776 companies around the world, showing that most layoffs are coming from VC-backed tech startups and bootstrapped companies.

It also observed that medium-level companies with between 200 and 500 employees are at the highest risk of layoffs and salary cuts. Furthermore, companies that started 5-15 years ago are at greater risk—in fact, they are believed to be facing an even bigger risk than startups—as these may be hiring on a large scale to look for faster growth at this stage. As a result, companies like Makemytrip have already cut jobs. Oyo, the giant killer in hotel bookings, has reportedly furloughed thousands of its staff to mitigate pandemic woes and lack of revenue.

In India, not much clarity has appeared in the last 50 days on how these industries will be supported by government interventions. Although one thing is clear that these industries are literally dying and need life support as soon as possible.

If digital payment players like UPI, Paytm were the 'gainers' of demonetisation with cashless payments emerging as a no-option alternative then, ideally speaking, businesses like big basket and online grocery should have been the gainers of the lockdown. But that has not been the case. The reason: they were just not prepared for the surge in demand.

Hari Menon, CEO of BigBasket, recently took to Twitter to explain how the game is played. He said the team plans for demand three months ahead on a rolling basis—setting up warehouses, procuring racks, picking devices, crates, hiring people, delivery vans, among other things.

Over the last few weeks you may have found it hard to find slots on bigbasket (hopefully you're finding it better over the last few days). I thought I'd try to explain why.

The point was whereas the orders for his online business had literally zoomed to about 6x of what it was before the shutdown, due to lack of staff and supply chain being affected Big Basket was not in a position to address the demands of their customers and had, in fact, missed what would have been the biggest opportunity to scale up.

This was the case with other e-commerce companies as well. This was contrary to the global case where companies like Amazon had scaled up during the pandemic. The reasons in the Indian context were essentially government-driven and regulatory in nature like restrictions on supply chain and in some geographies restriction on delivery operations.

The reason that these businesses are classified as Orange is that going ahead—especially with the pandemic unlikely to fade away in a hurry—these businesses have an opportunity to scale up in India. For this, they need to sort out their regulatory and supply chain issues.

They can find solace in the success of some other online businesses. Online food ordering companies like Swiggy and Zomato, which started to operate with timings restrictions, have started to gain on orders now. They did face regulatory issues initially especially in states like Telangana, where delivery boys were ‘detained’ by local authorities for the fear of being ‘super spreaders’.

These firms have redone their internal process in these fifty days by introducing mandatory health screening and practices such as ‘no contact’ delivery. With talks of online delivery of alcohol being considered by many state governments considering their precarious finances, this could be an opportunity during an adversity for these online app businesses to scale and move towards the path to profitability.

Tomorrow, we will look at the real winners of this crisis, the ones who have converted a pandemic into an opportunity to make big, bold moves.